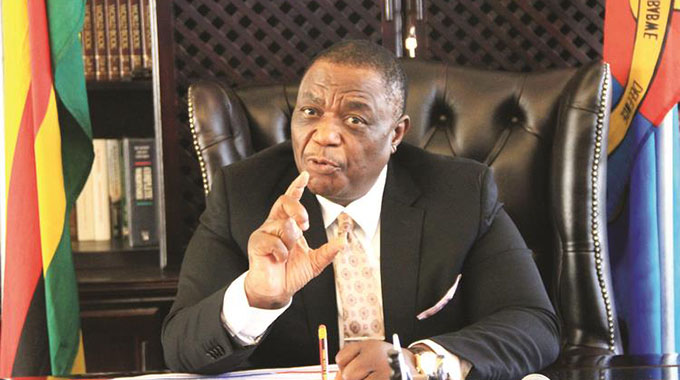 Bulawayo Bureau
ZIMBABWE will continue engaging the international community and open up investment opportunities, as Government forges ahead with its drive to transform the economy and improve livelihoods for its citizens, Vice President Constantino Chiwenga has said.

Officially opening the 11th edition of the Sanganai/Hlanganani World Tourism Expo in Bulawayo yesterday evening, Dr Chiwenga said the tourism sector in particular, presented a huge opportunity for growth and was a major beneficiary of the on-going economic reforms being implemented by President Mnangagwa’s Government.

As such, he said, Zimbabwe was implementing a number of measures to position the country as a favourable investment and tourism destination.

This is in keeping with the “Zimbabwe is open for business” mantra, which was being buttressed by this year’s tourism expo, which seeks to restore confidence in the country’s economy.

“We are engaging and we will continue engaging so that our country is open to the entire world and above all every business,” said Dr Chiwenga.

“As such, Sanganai/Hlanganani is one such platform that provides the tourism business with an opportunity to forge relationships and strengthen our ties to the key markets.”

Dr Chiwenga, who earlier conducted a tour of the exhibition stands at the Zimbabwe International Exhibition Centre, said this year’s showcase provided a unique opportunity for buyers and international media to sample and appreciate various tourism products offered in the country.

He said he had no doubt that the overwhelming participation of 325 companies and 150 buyers from 23 countries would result in a tourism boom in the short to medium term.

Dr Chiwenga told the gathering that Zimbabwe’s doors were open for win-win partnerships with any potential investor and paid tribute to the participants for showing interest in the country.

He said robust tourism growth could not be achieved without adequate finance from Government.

Dr Chiwenga said Government was taking a leaf from South Africa, which perfected the art of tourism marketing and was reaping huge dividends.

“The Government of Zimbabwe is, therefore, committed to increase funding for the tourism sector and the Zimbabwe Tourism Authority’s marketing and development programmes in particular,” he said.

Given the enormous contribution of tourism to the economy, estimated to be around 11 percent of Gross Domestic Product, Dr Chiwenga said Treasury committed itself to increasing budgetary support for destination marketing.

“I am confident that we can increase our tourist arrivals three fold from the current 2,4 million to well over 7 million in the next five years,” he said.

“This calls for well thought out and aggressive marketing in targeted markets.”

While Zimbabwe lost traction in the sector in terms of market share from traditional markets in the past years, Dr Chiwenga said the coming in of the new dispensation restored confidence in the destination.

“This was made possible through visitors and business friendly policies that were introduced through the able leadership of the President Cde ED Mnangagwa,” he said.

“To this end, tourist arrivals and room occupancies in our major destinations have been on a positive trajectory from January to June 2018.”

For example, in the country’s major destination of Victoria Falls, arrivals have increased by a whopping 45 percent compared to the same period last year, while room occupancy was hovering around 95 percent to 110 percent.

With such occupancy rates, Dr Chiwenga said, Government saw it necessary to embark on an investment drive to increase room capacity in the country and extend further support to tourism players to ensure visitors got value for their money.

Already, new investment proposals have been made to construct up to 500 new rooms in Victoria Falls alone, while others are in the pipeline in different destinations.

Government has also set up a $15 million tourism facility through RBZ to support emerging and existing tourism business to upgrade and improve their facilities.