Zim pays over 50% of its IFAD debt 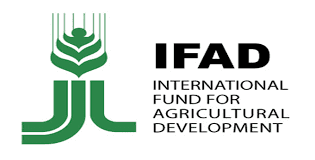 ZIMBABWE has managed to pay up more than half of its historical debt to the International Fund for Agricultural Development (IFAD) making it eligible to access a $225 million fund recently launched by the United Nations specialised organ.

IFAD, like other international financial institutions had suspended support to the southern African nation after it had defaulted on earlier loans, leaving the country without any lines of external credit, serve for few opaque facilities from the Africa Export and Import Bank (Afrexim) and China Exim Bank, whose terms remain shrouded in secrecy.

With little concessional funding flowing into Harare, the local financial institutions’ capacity to lend to farmers has been constrained, a situation which has also been compounded by successive bouts of droughts in recent years, leaving rural communities vulnerable.

IFAD president, Gilbert Houngbo told NewsDay about the inroads Zimbabwe has made in settling the debt. He was speaking on the sidelines of the launch of the new impact fund, Agri-Business Capital (ABC) Fund, which is targeted at rural entrepreneurs in the agricultural sector.

“The country has done commendably well in terms of sticking to the repayment schedule we had agreed on with a little bit of difficulty sometimes, but we know that for a country that is in transition, it’s not easy. The government has shown commitment and from our perspective we are very pleased with the current state of engagement,” he said.

Houngbo would not disclose the actual amount of the initial debt, but in 2015 former Finance minister Patrick Chinamasa disclosed that the arrears were in the region of $40 million.

The ABC Fund is a collaborative effort between IFAD, along with the European Union, the African, Caribbean and Pacific Group of States (ACP), the government of Luxembourg and the Alliance for a Green Revolution in Africa (AGRA).

The aim of the ABC Fund is to generate private sector investment in rural small and medium-sized enterprises (SMEs), farmers’ organisations and smallholder farmers’ groups which often find it hard to access finance from traditional institutions who view them as too risky.

Houngbo said the fund was an important step to realise the huge potential of small-scale farmers and young people.

“Small and medium-sized enterprises can be an engine for development and offer rural communities a pathway out of poverty and hunger, but only if they can access the resources they need,” he said.

Neven Mimica, European Commissioner for International Co-operation and Development, emphasised the potential impact of the ABC Fund investments on smallholder households.
“Smallholders and rural businesses are not getting the investment they need from the private sector. ABC Fund will help us address this gap, improve their access to capital and consequently the lives of 700 000 rural households,” he said.

In line with its focus on promoting private-sector development, Patrick Gomes, ACP secretary general, added that African, Caribbean and Pacific members had great expectations of the ABC Fund.

“We look forward to having the fund respond to specific needs in the three regions and supporting the implementation of our new approach to structurally transform the ACP agricultural sector. This fund, which aims to contribute to wealth and job creation, particularly for our youth, should significantly enable ACP countries to add value, extract higher rents from commodities, diversify and further integrate into global value chains.”

AGRA president, Agnes Kalibata said her organization, with its focus on developing private-sector capacity for technology adoption in Africa, will build on its work as the fund is rolled out across the continent.

“AGRA is delighted to partner with IFAD, EU, and the government of Luxembourg on this unique and game-changing fund that will provide loans of below €1 million, which is what most African small rural agri-businesses need to grow and continue delivering previously unavailable, inaccessible and unaffordable services to millions of smallholder farmers,” she said.

IFAD and AGRA, which both already have operations on the ground in rural communities, will work closely with the fund manager to identify investment opportunities with promising SMEs.

The ABC Fund will be based in Luxembourg and it will be managed by two investment companies: Bamboo Capital Partners and Injaro Investments.

Commitments to the ABC Fund include: