Source: Zim pledges to deepen relations with Zambia | The Herald

President Mnangagwa has assured Zambian President-elect Mr Hakainde Hichilema of his readiness to work with him in the furtherance of the sister republics’ interests.

In his congratulatory letter to Mr Hichilema, who romped to a landslide victory in Zambia’s presidential election, the President said there was scope to deepen relations between the two nations, regionally and globally.

“As you assume your term of office, I wish to assure you of my availability to work closely with you to solidify and deepen the cordial relations that exist between our two sister republics, for the mutual benefit of our two peoples.

“I also wish to assure you of my readiness to work closely with you at the regional, continental and international levels as we seek to advance the ideals of development, peace and stability.

The letter, which was sent to Zambia on Monday, also wished the Zambian president-elect good health.

“Let me take this opportunity to wish you personal good and health success in the discharge of the onerous responsibilities of your high office,” the President said.

The President, who was attending a SADC summit in Malawi yesterday, also took to micro-blogging platform Twitter to congratulate Mr Hichilema on his victory.

“Congratulations @HHichilema on your election victory. I have no doubt that you will serve Zambia with distinction for the benefit of all. I look forward to working with you over the coming years for the benefit of both peoples,” he said. 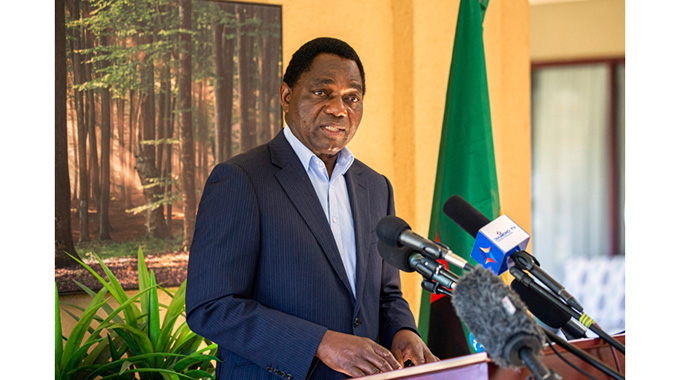 Over the years, Zimbabwe and Zambia, the two nations that were once called Southern and Northern Rhodesia, respectively before their respective independence from colonial rule, have solidified ties, with President Mnangagwa once describing the two countries as Siamese twins.

Zambia, which attained its independence in 1964, offered support to Zimbabwe’s efforts to gain Uhuru which was eventually attained in 1980. Since then, the two countries have stood by each other through thick and thin, and with the coming of a new president across the Zambezi, the enduring ties can only be strengthened.

Presently, Zimbabwe and Zambia are pursuing the same vision to become upper middle-class economies by 2030 and have established a Joint Permanent Commission which has created scope for trade and cultural relations.

In 2018 after visiting Zambia, President Mnangagwa who received his tertiary education in the then Northern Rhodesia, said the Zambia-Zimbabwe Joint Permanent Commission is vital as it will strengthen cooperation between the two nations.

“To attain the desired middle-income status and fully industrialise and modernise our countries, it is imperative that we develop reliable, adequate and appropriate energy, transport, and ICT infrastructure. We shall, to this end, be implementing joint projects in hydropower generation, road and rail rehabilitation construction among others,” the President said.