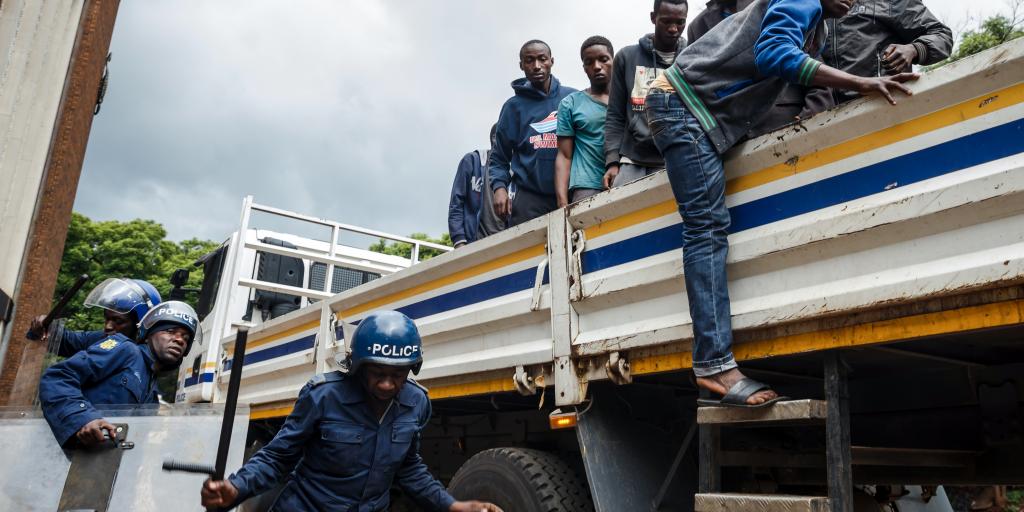 HARARE – The Zimbabwean army and police have distanced themselves from the deaths of civilians during recent protests.

It’s claimed these rogue elements’ attacked and killed the demonstrators.

Scores of Zimbabwean protested on the streets of Harare and Bulawayo this week over the government’s decision to more than double the fuel price.

The country now has the world’s most expensive petrol.

Officials called on those with these uniforms to give them in or risk being fished out.