Leave MDC out of this, says Komichi 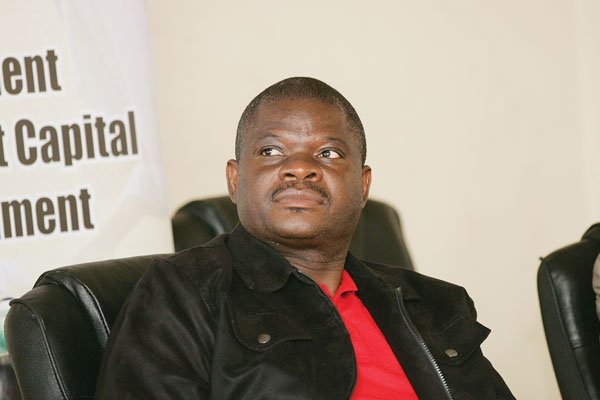 The MDC says it has nothing to do with last week’s massive protests which brought the country to a standstill for at least three days. Thousands of Zimbabweans took to the streets across the country in protests that turned riotous following the deployment of armed soldiers and police resulting in violent clashes culminating in the death of several people and destruction of property.

The big interview BY EVERSON MUSHAVA

Zimbabweans revolted in anger following the steep increase in the price of fuel announced by President Emmerson Mnangagwa last Saturday night.
Government has, however, accused the MDC and non-governmental organisations of orchestrating the protests in a bid to overthrow the government.

MDC vice-president, Morgen Komichi (MK) told our Chief Reporter Everson Mushava (EM) in an interview yesterday that last week’s violence and looting which resulted in the government unleashing the military to ruthlessly crack down on protesting masses was actually a product of the ruling Zanu PF party. Below are the excerpts from the interview

EM: Zanu PF and war veterans have accused you of organising the protests and perpetrating the violence. What role did your party take in the protest?

MK: MDC is an established party which won the elections in 2018. There was rigging by Mnangagwa. The bond between the MDC and the people is great. It is a party full of diversity. The ruling party is afraid of the MDC to the extent that when people stand up for their rights, they think it is the MDC that has incited them. Standards in Zimbabwe have been declining drastically since around 2000 and were temporarily eased by the government of national unity in 2009. In 2013, the situation resumed its downward trajectory and after the 2018 general elections, the situation went dire. The cost of living is now unbearable for everyone. Poverty has created a common denominator among citizens. Things have reached a situation where people say, if the MDC leads a protest, its members are known and they will be persecuted. So, the people have developed a complicated strategy to organise themselves as citizen movements. In fact, it was Mnangagwa who triggered the protests when he announced the fuel price hikes. Although he has a minister of Energy, he uncharacteristically announced the hikes and people reacted.
EM: So you mean to say the protests have nothing to do with the MDC?

MK: Yes. The president of MDC never called for the protests. As the vice-president, I also did not call for a protest. It is the people as citizens who protested against the fuel hikes and deteriorating conditions in the country. For the Zanu PF government to build the narrative that the MDC organised this is out of order. The protests were not a Zanu PF versus MDC thing; it was a government versus the citizens.

MK: The MDC is a civilian party, we condemn any form of violence and are actually fighting against violence unleashed by the state on its citizens. You go to Sadc, the African Union and the United Nations, records of state-sponsored violence by the Zimbabwean government are there.
Many people have been displaced and they are out of the country running away from their own government. This has nothing to do with the MDC. In fact, it was the Zanu PF youths and members who were unleashing the violence.

EM: Why do you say Zanu PF is behind the violence? Do you have any proof?

MK: The court is overwhelmed by cases of looting and arson involving Zanu PF youths. Godwin Gomwe, the Zanu PF youth league chair for Harare, was moving around urging soldiers and police to beat up people. Even those who attacked the Morgan Tsvangirai House, our headquarters, they were Zanu PF youths assisted by some armed people. Some of them are confessing right now. Violence is Zanu PF’s culture and Jim Kunaka, who led Zanu PF’s terror groups in Mbare, admitted to the Zanu PF violent ways when he was giving evidence before the Kgalema Motlanthe commission into the August 1 shootings. What has shocked us is that outside elections, we have never seen this type of violence on civilians, even by Mugabe who led Gukurahundi. This is the worst form of human rights abuses by the so-called new dispensation. Since Mnangagwa got into power, he has killed over 20 people, in just a year. This is the worst record. How many people will be killed in five years? It gets me worried. Mnangagwa has destroyed all the hope among Zimbabweans and claims that he was the hatchet man of Mugabe’s violence are now clear for everyone to see. The mask has fallen; he can no longer pretend to be a reformed person.

EM: You visited victims of police and military brutality, what did you see and what is your comment?

MK: We visited them and most of them do not even know me. The majority of them are saying they are not MDC supporters. It is therefore gross misrepresentation to say protesters were organised by MDC supporters. These were ordinary Zimbabweans assaulted for exercising their democratic right to protest and send a message to Mnangagwa. We even met a young man who was shot on the leg and after falling down, the soldiers kicked him repeatedly on the broken leg until he was saved by a certain Good Samaritan. He did not even know president Chamisa.

EM: Government blocked internet and microblogging sites are still shut down, what do you make of this move?

MK: This is one of the indicators of dictatorship. We are shocked that a country perceived as democratic can do this. Any country that does not respect the internet is backward. Imagine, the country is pleading poverty and government blocks the internet, when 80% of payments are now done electronically. Blocking the internet shows Mnangagwa does not respect the constitution and democracy. The internet blockade was done to muzzle the people from expressing their pain and frustration with the Mnangagwa government. People are demanding a better life and government responds brutally under the cover of internet darkness. The world will also get to know. Government is afraid of its people.

EM: You said Zanu PF was using the security forces to target your members, how many of your members have been caught up in the cross fire?

MK: We are still compiling and I am sure the number will be in excess of 500 people. Records will speak.

EM: So what steps are you taking to engage the international world and inform them on the crisis in Zimbabwe?

MK: We have always been engaging the international community. We are engaging the United Nations, Sadc, the African Union and European Union.
The world should know what the regime is doing to its own people. They should know that the citizens are under siege from its own government.

EM: Considering that the violence and police and military brutality has also affected your membership, do you still think it will be a wise idea to enter into dialogue with Mnangagwa?

MK: Dialogue is always an answer. No matter how high the conflict is, leaders should not shun dialogue. Our president has outlined his five key features for dialogue.

EM: Some people claim you are using violence to force Zanu PF into a negotiated settlement. What is your comment?

MK: Where MDC called for action, it has never violated the constitution. It has notified the police according to the law. It’s the people who want an audience with Mnangagwa who demonstrated against his evil move of hiking fuel prices.

EM: Observers say dialogue has collapsed because you don’t want to recognise Mnangagwa as the legitimate president of Zimbabwe.

MK: It is clear he lost the elections and the problem we have is about legitimacy. Until there is dialogue on the issue and agreement with Zimbabweans, things will remain difficult in the country. The country is going nowhere.

EM: What is your message to Zimbabweans and to Mnangagwa?

MK: In fact, I have a message for Mnangagwa. The citizens of the country actually want a solution to their economic problems. He should solve them sooner or later. He will never run the country without unity among Zimbabweans. People will invoke section 59 of the constitution and hold the leadership to account. It is his duty to serve the country, not beat people when they demand him to fulfil his constitutional mandate.