Zim politics, a dash of populism minus due process

Source: Zim politics, a dash of populism minus due process – NewsDay Zimbabwe 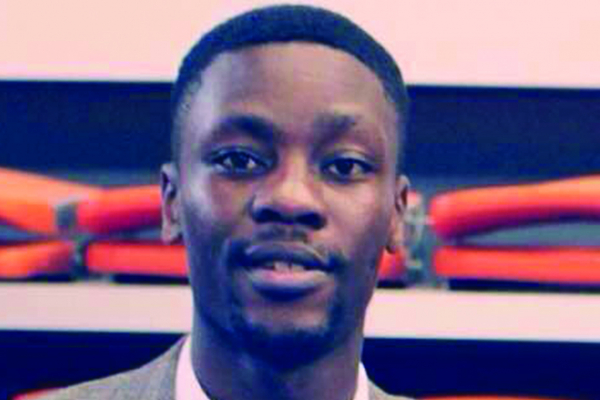 Zimbabwe is largely a politically polarised nation with most people exhibiting clear bias towards their preferred political outfit or individual. This is always more apparent when a politician does something wrong. You hardly get the supporters admitting that their preferred politician erred. Instead, people usually resort to even insulting those who dare point out the flaws that may exist in these politicians. Recently, we had the case of the contention over who the rightful leader of the MDC-T is, which was mainly between Nelson Chamisa and Thokozani Khupe, in which the Supreme Court upheld the ruling made by the High Court. This case also overshadowed another case of great importance in which the Constitutional Court ruled in favour of Jessie Majome and Innocent Gonese, in a case where they challenged the constitutional validity of Amendment 1 of the Constitution which allowed for the President to appoint all top judges, but this we shall touch on in the next article.

A brief look at populism

In Zimbabwean politics, time and time again populism has been proven to be a flawed concept which allows for a wrong to be painted as a right, and because of the majoritarian effect, it then becomes almost impossible to prove this wrong for what it really is against the multitude of voices that would be declaring that it is right. Take for example the events that unfolded leading to the November 2017 coup which ousted late former President Robert Mugabe. The entire country including those in the main opposition, supported the forceful removal of the former President. At law, the entire process was fundamentally flawed and to date remains to be challenged, however, the court of public opinion did not concern itself with the legalities at play. Fast forward to 2019, the multitudes were not happy with the current administration under the leadership of President Emmerson Mnangagwa as the economic and political climate deteriorated further, while the change people initially expected from the November 2017 events were now, but a fleeting dream. People then started questioning the legality of the coup, but all this had been overtaken by the events that had taken place, making it more difficult to challenge the whole thing.

This shows that as much as the court of public opinion may get its way because of numbers, the court of law will always have to revisit the law, which Greek philosopher Aristotle is quoted to have said, “the law is reason free from passion,” and seek to correct any illegality.

The same is what happened in the case involving the contention of the appointment to vice-presidency of the MDC-T of Nelson Chamisa and Elias Mudzuri by the former founding father of the movement Morgan Tsvangirai. Populism is what allowed for these unconstitutional appointments, the unconstitutional elevation to presidency of Chamisa in the MDC-T faction led by him as opposed to the one Khupe had defected away with. However, the law still caught up with all this and as would be expected required that the illegalities be revisited and corrected.

Again, the battle that has ensued because of this ruling by the High Court which was upheld by the Supreme Court is that of populism, where people are in obvious support of the appointment and elevation of the favoured Chamisa, against due process as required by the constitution of the MDC-T party. A question that arises is, to what extent should the majoritarian demands/wishes be allowed to reach whilst, to figuratively describe, ripping to shreds the sacred document of a country or political party known as the Constitution?

A lot has been said, some opinions disseminated as facts about the case and its implications on the parties concerned, however not all of it has been correct. The Supreme Court upheld a ruling made by the High Court in the case that was challenging the appointment of Chamisa and Mudzuri to the position of MDC-T vice-presidency by Tsvangirai, this was declared to have been unconstitutional. Chamisa then elevated himself to presidency following the passing on of Tsvangirai under controversial events and this too was ruled to have been unconstitutional. This then means everything Chamisa did after taking over as president of MDC-T is nullified by this ruling as he was acting in a capacity legally belonging to Khupe. The ruling, therefore, requires the party to go back to its structures of 2014 and within three months from the ruling to hold an extra-ordinary congress where they should vote for a leader of the MDC-T. The Chamisa camp has been at pains to point out that the ruling does not affect the MDC Alliance which they claim is a separate party entirely and not party to the proceedings of the High Court and Supreme Court. What remains to be done remains a mystery given the courts have given their ruling, which is clearly being snubbed by the Chamisa camp. Will populism live to triumph another day again as has been the norm? If it wins again, what does this mean for constitutionalism in the party that has prided itself as the guardian of democracy in Zimbabwe?

Whatever outcome this may result in, everyone in the opposition needs to put their pride aside and remember that for so long they have contributed to being the authors of their own demise, one split after another, further weakening them as an opponent against Zanu-PF. This is a time to rectify all illegalities, a time to prove themselves better than those they seek to replace as the government in waiting.

The supporters also have a duty to hold their leaders accountable and to ensure that the party’s constitution is not violated willy-nilly, but upheld and defended like the democrats they pride themselves in being. If as a people we fail to hold our leaders accountable before they become the government in power, then how much more will they get away with when they have State resources at their disposal knowing that the citizens do not speak up on the wrong they do.

The hate many have of the current regime should not blind them from soberly analysing situations and seeking to rectify mistakes made in their camp.

Thabani Mnyama is an academic with special interests in international, constitutional and human rights law. He is also partner at AfriConsult firm and co-founder of VIOCAP Trust. He can be contacted on thabanimnyama@gmail.com.