Zim president: Our economy is dead 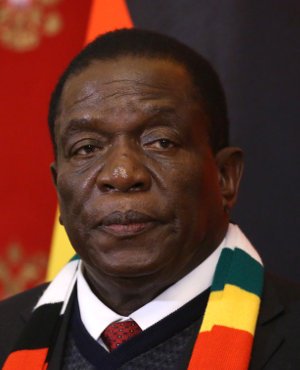 Zimbabwe’s president, Emmerson Mnangagwa, has described the southern African country’s economy as “dead” and said more time is needed turn it around.

Zimbabwe has been facing a myriad of challenges including 18-hour power outages. It is also experiencing a crippling cash crisis for both local and foreign currency, resulting in Zimbabweans having to buy cash from parallel markets at a huge premium.

In his State of the Nation Address (SONA) presented on Tuesday, Mnangagwa said he was aware of the challenges being faced by Zimbabweans but pleaded for patience.

“I’m aware of the pain being experienced by the poor and the marginalised.

“Getting the economy working again from being dead will require time, patience, unity of purpose and perseverance,” said Mnangagwa.

He also expressed concern over what he called the emergence of cartels that are stifling competition and engaging in unjustified price hikes.

“While government will not revert to price controls, we are nonetheless, in the process of reviewing the Competition Act in order to introduce deterrent penalties to combat such business malpractices.”

On the cash crisis, Mnangagwa said the exchange rate is being manipulated by economic saboteurs.

“Last week’s events of exchange rate manipulation, amounts to economic sabotage and should not be tolerated.”

On energy, Mnangagwa said power utility ZESA would be restructured, to enhance efficiency.

He added that “to address this state of affairs, we have now restored the cost reflective electricity tariff structure and increased power imports to provide the much needed short-term relief.”