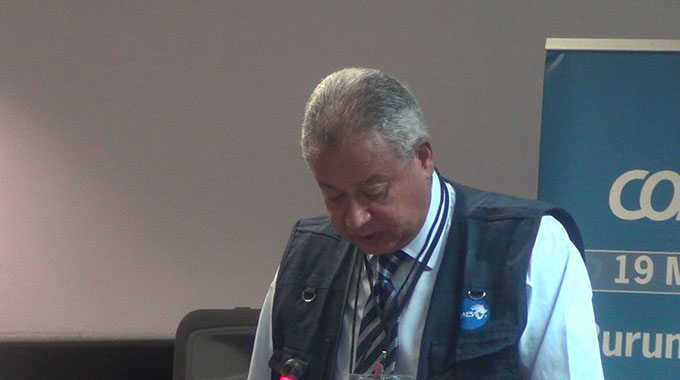 Ambassador Rashed, who was leading a nine-member delegation, is a member of the Comesa committee of elders.

His team met various election stakeholders ahead polls expected by the end of July.

The endorsement by Comesa comes as various missions, including the African Union (AU) and Sadc Electoral Advisory Council (SEAC) have given thumbs up to Zimbabwe’s electoral processes.

“We came to Zimbabwe on a mission from Comesa to assess the preparedness for elections,” he said.

“We had a wide range of meetings with all stakeholders. There is a lot of positive elements in place.

Ambassador Rashed said the meetings they had with stakeholders were frank.

“We came to listen and really support the process in Zimbabwe for them to have a successful election. We have conveyed to the Minister the discussions we had which I would categorise as really transparent, frank, constructive and productive. We learnt a lot. We hope that the people of Zimbabwe will proceed to have the elections in a peaceful manner and hopefully free and fair elections.”

The pre-election missions are in line with Sadc and AU Principles and Guidelines Governing the Conduct of Democratic Elections and fulfils President Mnangagwa’s pledge of free, fair and credible elections.

Ambassador Rashed thanked the Government for extending an invitation to Comesa to come and observe the elections.

“We are here to support you and work with you to see that hopefully at the end your objective and the objective of the citizens of Zimbabwe are fulfilled by having a fair and free elections.

“We wish you well and hope that we will be able to come again during the elections with an Observer Mission.”

Missions from Europe and the US have also come to assess the-pre-election environment.