Political parties not a business: CJ 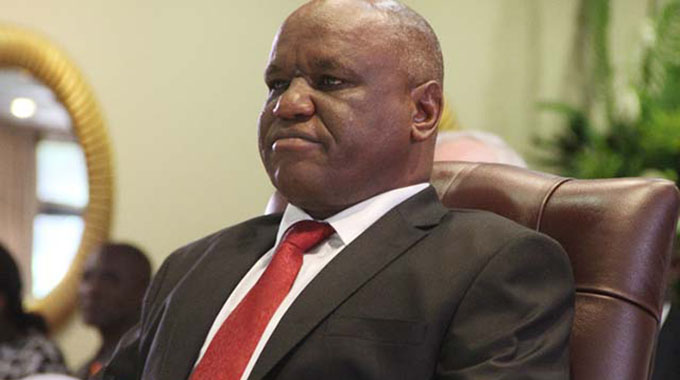 Daniel Nemukuyu Senior Court Reporter
CHIEF Justice Luke Malaba said the formation of a political party is not an income generating project hence upstart political outfits must not burden the courts with claims of a share from the election campaign fund awarded in terms of the Political Parties (Finance) Act.

The Chief Justice’s ruling came at a time when 128 political parties had registered to participate in the 2018 harmonised election with some demanding to be funded under the Political Parties (Finance) Act.

Minority political parties —Zimbabwe Development Party led by Mr Kisinoti Mukwazhe and Voice of the People headed by Mr Moreprecision Muzadzi — recently filed an urgent chamber application seeking the deferment of the 2018 harmonised election to enable the amendment of the law to allow them to get funding.

Chief Justice Malaba said only those parties that garnered at least five percent of the total vote in the previous election were entitled to a share.

“The formation of a political party is not an income generating project. The taxpayer’s money cannot be used to fund upstart political parties which may not be bona fide.

“Placement of a reasonable limitation upon the payment of public funds to political parties is beyond controversy.

“A situation where political parties are formed and registered to participate in a general election, simply to secure funding by the State, cannot have the effect of promoting multi-party democracy,” said the Chief Justice.

He said entitlement to the funding was not a fundamental right for political parties.

“Entitlement to payment of the money from public funds appropriated for the purpose of funding political parties is not a fundamental right of a political party.

“A political party should have the support of the people and this is shown by votes received. There has to be a criterion for political parties’ financing,” said Chief Justice Malaba.

In the application, Mr Mukwazhe argued that the Act in question was not in sync with the supreme law of the country and that no free and fair election can be held when the legislation is in place.

Section 3 of the Act, according to Mr Mukwazhe, only recognises political parties who garnered at least five percent of the total votes in the previous election for funding purposes.

It was also being argued that the Constitution, in the spirit of promoting multi-party democracy, provides for funding of all political parties.

“Elections will not be free, fair and credible under the prevailing conditions, which are tilted against the applicants,” said Mr Mukwazhe.

“The applicants have never been allocated such funding to promote multi-party democracy to enable them to prepare and effectively participate in the forthcoming general elections, as enshrined in the esteemed Constitution of the land, despite having participated in several elections.”