This is the second consignment of vaccines bought by the Government after the initial 144 000 doses that was received last week. The vaccines procured by Government are being complemented by the donations from the Governments of China, India and Russia.

Speaking to journalists after receiving the vaccines, Health and Child Care deputy minister Dr John Mangwiro said Government was geared to increase the pace at which the vaccination exercise was going. 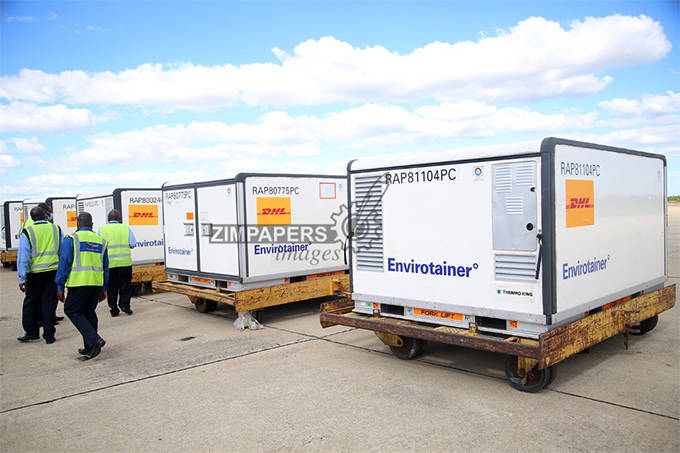 “We are moving forward and we will up the speed of the vaccination programme. The Ministry of Finance is ready to purchase more vaccines to fight this Covid 19 pandemic,” he said.

He said Government would increase vaccination points to cater for all citizens and decongest the available points.

As of Monday, 69 751 people had been inoculated, which is a 60 percent jump from 43 295 people who had received the vaccine on Monday last week.