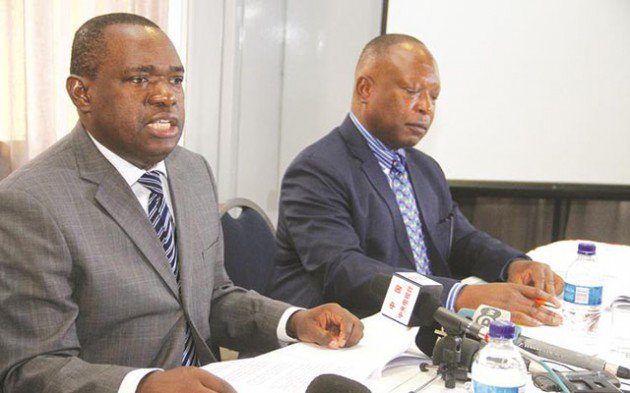 Fidelis Munyoro Chief Court Reporter
Zimbabwe will seek re-engagement with other countries, especially the West, on an equal footing as the new dispensation ratchets up trade and economic diplomacy, a Cabinet Minister has said.

Addressing ambassadors accredited to Zimbabwe in Harare yesterday, Foreign Affairs and International Trade Minister Major General Dr Sibusiso Moyo (Retired) said Government would seek new frontiers of cooperation beyond friendly countries in Eastern Europe, South Asia and the Pacific, Latin America and the Caribbean. He said Government would not allow a situation where it is dictated to.

“I have already begun serious and focused dialogue with key constituent countries of the West amongst them, our erstwhile coloniser, the United Kingdom, United States of America, Germany and others with the objective of normalising our relations,” said Dr Moyo.

“We seek an honest, respectful and forthright dialogue that will let go the past and explore and pursue mutually beneficial economic opportunities. We must respect one another and not lecture one another.”

Dr Moyo hailed countries like China, Russia, India, Iran, Cuba, Malaysia, Pakistan and Brazil that always stood by Zimbabwe in the face of vilification by its detractors.

“We greatly value the strong bonds of friendship and the political and economic support we have continued to receive from our dependable allies, who have stood resolutely with us during our greatest times of need. We shall endeavour to deepen and consolidate these vital relations,” he said.

Dr Moyo said the new Government was determined to make Zimbabwe an attractive destination for foreign direct investment through a deliberate economic bias in implementation of its foreign policy.

“The economic diplomacy we seek to pursue will ride on the success and accomplishments of the past, re-alignments in other areas and a complete departure from frustrations and failures of the past,” he said.

Dr Moyo said he intended to facilitate economic development and industrial revival, while milestones achieved in the agricultural sector should be consolidated.

“Command Agriculture will achieve the unlocking of the tremendous wealth that lies in our soil,” he said.

Dr Moyo reiterated that the Government would continue to partner foreign investors in the win-win exploitation of the country’s mineral wealth.

“We believe the recent adjustments to the indigenisation and economic empowerment law levels the field and removes any lingering impediments from the past,” he said. “Only in the diamond and platinum sectors will the 51/49 percent rule apply.”

On the manufacturing sector, Dr Moyo said urgent refurbishment and re-capitalisation was needed and invited foreign investors to grab the opportunity to do business in the country. Tourism and services sectors were also open to foreign investment, he said.

“All these economic activities should, as a must, create jobs, jobs and more jobs for our people, so that they share and enjoy the fruits of the country’s economy and prosper. No longer will we be satisfied with being a country of potential, that potential must be urgently exploited to improve the welfare of our people at the soonest,” he said.

Dr Moyo allayed fears on property rights, saying President Emmerson Mnangagwa had already assured the international community that his Government would respect such rights for ease of doing business.

“We value your participation in the country’s economy and as the President has reassured you, we shall ensure the sanctity and security of your investment and shall honour to the letter all agreements we enter into with you, including BIPPAS,” he said.

“The right of property shall be respected. We look forward to your invaluable support for our debt clearance plan and in particular the 2015 Lima process. We are confident that with your goodwill, we can revive the process.”

Dr Moyo urged the diplomats to work together with Zimbabwe to build and not to destroy friendships and relations. He said he was ready to embark on a diplomatic offensive for bilateral engagements with other countries any time soon.

“For burning bilateral issues specific to your countries and national interests, I am available for urgent meetings,” he said. “I am envisaging a diplomatic in-loco tour of all our geo-political regions.”

Dr Moyo requested the diplomats to begin making the requisite preparations with their capitals, in liaison with his officials. He apprised the ambassadors that the 2018 harmonised elections were around the corner and urged them not to become “referees and players” in the plebiscite. Dr Moyo implored the ambassadors to remain steadfast in their roles of impartial observers, as pronounced by President Mnangagwa during his inauguration.

“Some international observers may be invited at the discretion of the Government of the day,” he said. “As with the previous elections, the Government has always guaranteed a peaceful environment, before, during and after elections.”