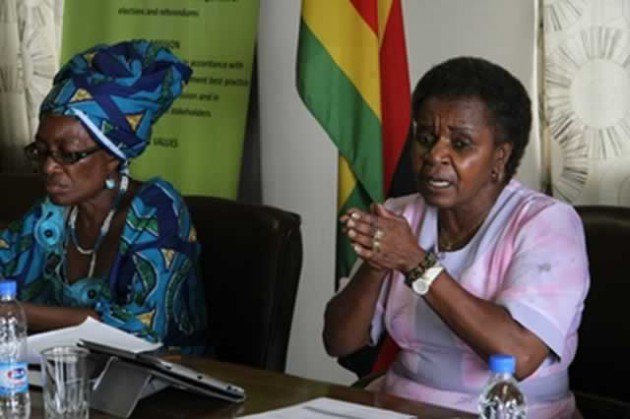 Farirai Machivenyika Senior Reporter
The Zimbabwe Electoral Commission (ZEC) has requested an additional $7,9 million to extend the ongoing voter registration blitz which ends next Tuesday. This was said by Acting ZEC Chairperson Mr Emmanuel Magade during a media briefing yesterday.

The electoral body had revised downwards the number of people it expected to register from 7,2 million to around 5 million after latest registration figures came in at 4,3 million voters .

“The field exercise showed us that there was need for us to probably extend the voter registration exercise beyond December 19. We have already sensitised the powers that be and we have already submitted a supplementary budget of $7,9 million and we are awaiting response, but all I can say is that Government in the past has been very sympathetic to us, particularly in this exercise and we remain cautiously optimistic that our request will be acceded to,” Mr Magade said.

ZEC received $15 million for the ongoing registration exercise. Mr Magade also said they had revised downwards their target of 7,2 million registrants because it was too ambitious.

“Our initial target was 7,2 million, but I think we were overly ambitious and if I may be open about it, it’s a bridge too far. So far, we have registered almost 4,3 million and to me that’s a relatively satisfactory figure.

“I wouldn’t say so far the programme has been an unqualified success. We will continue to try to do better; the sky is the limit, but I would say we have scored some modest successes and we hope to do better as we go into 2018,” Mr Magade said.

ZEC Deputy Chief Elections Officer Mr Utoile Silaigwana said the initial target had been based on projections by the Zimbabwe Statistical Agency in the 2012 Census.

“We took that figure from ZimStat. The ZimStat had projected that there would be 7,2 million people eligible to vote by 2018 and that figure included even those who are not eligible because for you to register, you need to meet certain qualifications. Yes, that could be our ambition to register, but in Zimbabwe its not compulsory to register. Some may choose not to. What we can only do is to encourage them,” Mr Silaigwana said.

She said some of the people included in the 7,2 million are foreigners and some of the aliens who are not eligible to vote. She added that the figure also included youths who are turning 18 next year, who would only be able to vote if they choose to register as voters. Meanwhile, ZEC has paid tribute to its former chairperson Justice Rita Makarau, who resigned from her post last week.

“I would like to take this opportunity to thank Justice Rita Makarau for the good work that she did for us, for her excellent stewardship of the organisation. We shall always remember her with fondness, affection and a bit of nostalgia,” Mr Magade said.