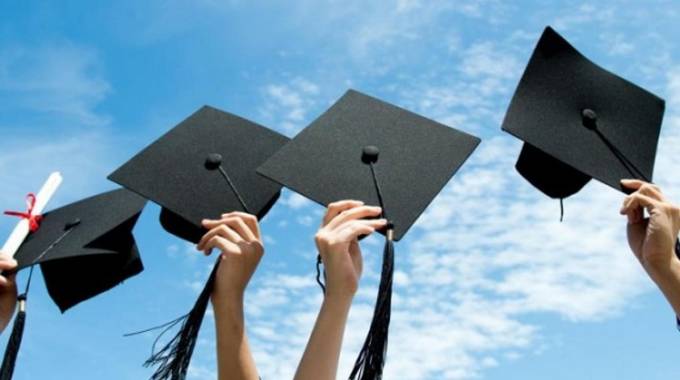 Journey cut short . . . Zimbabwean students are finding it difficult to pay fees because of the US dollar deposits needed back home

Roselyne Sachiti Features Editor
Hundreds of Zimbabwean students studying in Northern Cyprus continue to sing the blues as their parents find it hard to pay school fees owing to foreign currency shortages. As a result, six students who have failed to pay fees and clear their huge debts have reportedly been deported as they do not have study permits which are renewed each year.

One of the students Malvern (name changed for fear of victimisation by university officials) said life has become tougher for those studying in Northern Cyprus as they ponder their next move.

Most Zimbabwean students, he explained, are finding it difficult to pay fees because of the US dollar deposits needed back home and the long process of transfers to those who make payments through official channels.
This has resulted in Northern Cyprus’ universities implementing tough measures to counter this.

“After a student pays fees, the school issues a student letter to confirm that he or she is registered in school. It is this letter that is used in processing a study permit which is renewed yearly. Because of financial challenges, students are getting part time, sometimes full time jobs, which then require one to have a work permit.

“In a case where the student neither has a work or study permit . . . deportation is imminent. Those without work permits but have study permits can work. Problems arise when students do not have both,” said Malvern.

According to Malvern, the study permit has over the years allowed them to work part time and also attend classes.
“Generally speaking the employer should process a work permit and this is important to the government in order to curb the risk of cheap labour. Students are working using their study permits.

“The only problem is when a student doesn’t have both. He gains an illegal stay status,” added Malvern.
Charles (not real name), another student, said there were four categories of students; those who have paid in full, some with 500 Euros and below debt, others with 1 500 Euros debt and below. The other category constitutes students who owe above 1 500 Euros.

A good number of those who were not attending school constitute this last category.
“The problems here are mainly financial. Other issues such as better service delivery can be dealt with since the universities promote student unions. Through the unions, students can come up with suggestions and complaints. These student unions are not functional if the students are not in school in the first place. This is why I strongly believe that it is a financial problem which needs to be tackled,” he explained.

Charles said there were Zimbabweans in almost all universities in Northern Cyprus and the impact of financial problems was affecting all.

“However, universities with more Zimbabweans will seem to be affected more. But it’s across the board. Most Zimbabweans are at Cyprus International University, Near East University, Eastern Mediterranean University, European University of Lefke. It is common practice that in any institution if debts continue to incur, counter measures are put in place.
“Reasonably, if students are away from home, they certainly feel the pinch,” he added.

Another student who identified herself as Chipo said the development had affected the students psychologically as they found themselves caught between a rock and hard place with no end in sight to their challenge.

“It is very difficult to fathom and immediate action ought to be taken. The problems are fixable. But students are pressured and it even got to the extent of protesting but then again instead of fixing things it provoked the involved parties. There is distress and uncertainty over what could happen next,” said Chipo.

She suggested: “Since most families back home do not have easy access to the US dollars to deposit so that students can pay their fees, rentals and bills with existing VISA cards, speeding up process of payments of fees through transfers with or without US dollars deposits would be great.”

But given the current RBZ exchange control operational guidelines and compliance framework to authorised dealers, students studying abroad may sing the blues for a longer time as they are regarded as low priority since they compete with other sectors of the economy and industry.

In order to promote efficient utilisation of foreign exchange and to re-orient import demand towards productive uses, the Reserve Bank and the Business Council as represented by the Confederation of Zimbabwe Industries (CZI), the Zimbabwe National Chamber of Commerce (ZNCC), and the Bankers Association of Zimbabwe (BAZ) came up with a foreign exchange priority list which guides banks in the distribution of foreign currency towards competing demands.

Under the RBZ foreign currency allocation priority list, university and college fees are listed under Priority Three which is regarded as low.

Priority One — (HIGH) is given to net exporters who import raw-materials or machinery to aid them to produce and generate more exports;

iii) — Imports of critical and strategic goods such as basic foodstuffs and fuel, health and agro-chemicals provided these goods are not available locally;

v) — Payments for services not available in Zimbabwe;

vi) — Foreign investment (capital disinvestments, profits and dividends).
Priority Two (MEDIUM) is given to bank borrowing clients in the productive sector who engage in critical and strategic imports.

According to the RBZ, the policy position ensures that the available foreign exchange resources are efficiently appropriated towards those sectors of the economy with capacity to generate the much needed liquidity to fund the economy’s foreign payments.

This will help reduce the country’s import bill, and at the same time enhancing production across all sectors of the economy, and promoting local content requirements.

Given this, students like Brian (not real name) are now also calling on government to consider providing an official representative in Northern Cyprus in the form of consulate, embassy or support centre.

“This will help as numbers of Zimbabweans are increasing. Zimbabwe has no ties to North Cyprus, at least not directly. Once our countries have a relationship, most of the issues will be dealt with. Our relationship has been forged through Turkey as this is Turkish protectorate,” he said.

Brain said even those who work, sometimes the conditions are unbearable.
“It is not easy at all to get a job, but if you do the money is only enough for things like bills and utilities,” he added.
In the long run, students hope government will find ways to assist them as their current situation is causing them sleepless nights.