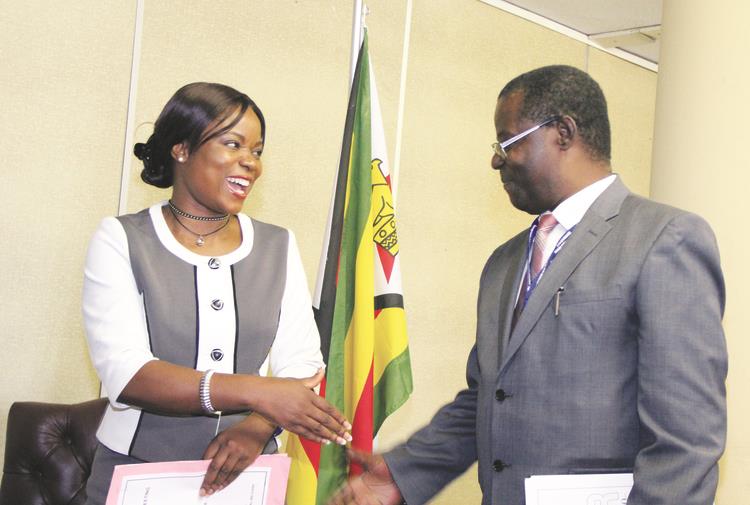 Elita Chikwati and Nokutenda Chiyangwa
Government is preparing to repatriate Rwandese refugees after the United Nations declared their country as safe and peaceful, a Cabinet minister has revealed. Labour and Social Welfare Minister Petronella Kagonye said this yesterday after meeting with the United Nations High Commissioner for Refugees (UNHCR) Mr Robert Tibagwa to discuss the refugees’ welfare.

Of the 11 000 refugees living in Zimbabwe, 240 are Rwandese. Briefing journalists after the meeting, Minister Kagonye said Zimbabwe was committed to improving the welfare of refugees and ensuring that they had access to basic needs. “Among the issues that we were discussing today (yesterday) is the Rwandan Cessation Clause, since the United Nations informed governments that Rwandese can no longer be considered refugees,” she said.

“As Zimbabwe, we are in the process of finalising the legal processes of declaring that cessation and we shall issue out a joint statement together with the UNHCR once all the processes are finalised.” She said the decision to send the refugees would be made on a case-by-case basis and was expected to be finalised in the next three months.

According to Minister Kagonye, some of the refugees had been in the country for more than 17 years, while others had since married Zimbabweans. “As a ministry, we are currently profiling the Rwandese refugees to find out how many would want to go back, and those who have already fully been absorbed into the community, so that we can naturalise them and they can become Zimbabwean citizens,” she said.

Minister Kagonye expressed concern over the increase in the number of refugees in the country, which she said had the potential to put pressure on available resources to cater for their welfare. Most refugees are presently living at Tongogara Refugee Camp. “We have over 11 000 refugees and last week we received 31 from Mozambique,” said Minister Kagonye. “We have transit camps and Tongogara is the holding camp.”

As refugees increased, she noted, more resources would be required to provide schools and land, among other provisions. Mr Tibagwa said UNHCR applauded Government’s efforts to look after refugees. “I would like to express my gratitude to the Government of Zimbabwe and to Minister Kagonye in particular for affording us the time to come and discuss these issues,” he said.

“We have not had the chance to do so since the new dispensation, but this time has afforded us an opportunity to firstly thank the Government for what they are doing for refugees and, secondly, to point out its achievements and challenges, which we are currently trying to find solutions to.”