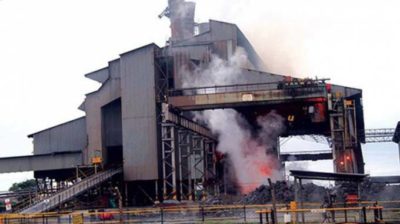 Chinese-owned Zimbabwe Metal and Steel Company (Zimasco) has come under fire for plunging its former workers into a humanitarian crisis after it resumed forced evictions of all pensioners from company houses given to them as retirement packages.

Zimasco is under SinoSteel.

Investigations made by Sunday Southern Eye in conjunction with the Humanitarian Information Facilitation Centre (HIFC) revealed that the affected ex-workers kicked out of the company houses are now living in deplorable shacks on the foot of Boterekwa mountain.

Some workers sought refuge at local schools and are temporarily staying in classrooms.

Others have relocated to rural areas, but left their belongings in the open after Zimasco listed services of a private entity to evict them using force.

The workers totalling about 300 were retrenched in July 2015 after the Zuva Supreme Court judgement that allowed employers to sack employees on three months’ notice.

A year before, some had also been retrenched as business hit record lows at the company before it was placed under judicial management.

At that time Zimasco did not have enough money to pay pension packages and offered offset that using houses the workers were staying in.

However since last month, the company began evicting the retrenched workers from the houses after it emerged it now wants to give them to new serving employees.

Fortune Ngwenya, the chairperson of the retrenched workers committee and a former Zimasco information technology employee, narrated the ordeal of the sacked employees.

“When we were laid off, the company said part of our pensions would buy the houses that we were staying in,” Ngwenya said.

“However, lately the company has turned around and they have started evicting us from those same houses.

“It is now four years since the deal was struck that the company was giving us the houses.

“It is totally unfair.”

Sources said 10 workers were forcibly evicted last week bringing to 45 the number of people ejected since the process started.

More are on the firing line.

This publication is in possession of minutes of meetings held between the retrenched workers and management as far back as 2015 over the issue of transferring ownership of the houses from the company to retrenched workers.

One such meeting was held on June 18, 2015, from 07:30am inside the Shurugwi plant central boardroom.

Under item 4.5 of the agenda, titled “Disposal of Company Houses Situated in Mining Claims”, the resolution was clear that the Chinese firm was giving retrenched workers houses as part of their pension benefits to reduce cash payment amounts.

“Thus the proposal to hand over houses was being critically appraised on its ability to significantly reduce company’s operational costs,” reads the minutes.

Another document indicates that in 2016, Zimasco gave authority to Regis Saruchera, who was the judicial manager of the firm at the time, authority to give workers houses as part of their pension benefits.

“The judicial manager be and is hereby authorised to: (i) conclude transactions related to the disposal of residential properties to sitting tenants comprising of current, former and retrenched staff members… (ii) dispose low cost residential properties at the mines to retrenched employees and offset the purchase price against the retrenchment packages and accrued salaries,” reads the order.

Ngwenya said the company had been of late targeting former workers, who were mobilising others to resist the unfair evictions.

“I am one of the people who have been evicted and I know the pain going through many others.

“We feel we are being oppressed because we have no power.

“The company has power and support.

“But what they are doing is totally unfair and we call upon government to intervene and help us,” pleaded Ngwenya.

“All dues to retrenched workers were completed in January 2018,” Sadomba said.

“There are no retrenched workers who deposited money for houses in Shurugwi.

“All evictions are being done after due process,” she said.

However, Sunday Southern Eye is in possession of an internal funds transfer receipt form showing a transaction from ZB Bank of US$2 900 paid on July 15, 2017 into the account of Zimasco by a low income worker.

The worker was making a top-up on his pension so that he could retain the house he was staying in whose price had been valued higher than he earned as long service benefits.

The worker is among those who have been evicted despite having proved his case to management.