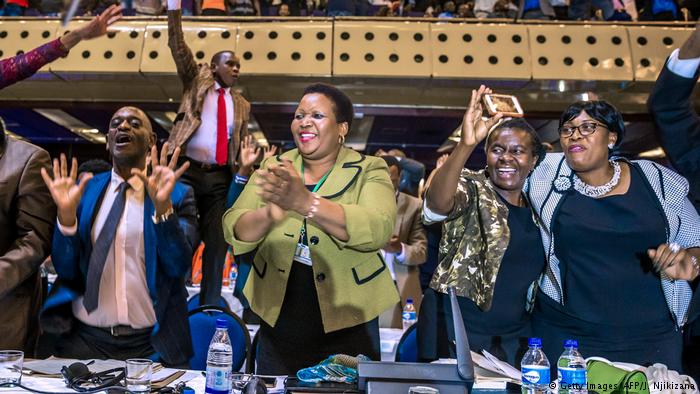 Former Zimbabwe finance minister Tendai Biti says Mugabe’s stolen billions must be recovered. He is optimistic about his country’s future and says the opposition must make sure that a junta government does not continue.

As the euphoria over Mugabe’s resignation begins to settle down, tough questions are emerging as to which direction Zimbabwe should now take. DW spoke to Tendai Biti, an opposition leader and former finance minister of Zimbabwe.

DW: How would you describe what happened when Mugabe finally resigned from office?

Tendai Biti: Well, it was a great victory of all democratic forces in Zimbabwe. The majority of Zimbabweans have never known any other leader except Robert Mugabe [who has ruled Zimbabwe since independence from white minority rule in 1980]. And the last 37 years have been years of toil, suffering, delegitimization, toxicity, intolerance, hatred and pure brutality. Robert Mugabe presided over that machinery, so to see him go is a miracle in its own right; it’s a revolution in its own right. But most importantly is its good riddance. So we are very ecstatic, very euphoric.

It’s a second independence but we are not trivializing the dangers of tomorrow that begin today. Robert Mugabe did not do these atrocities on his own. So there is still machinery he presided over. This essentially was the securocratic state [that is, a state dominated by police and security services], the militarized state. The challenge is, where do we move from here? There are signs that show that we may have supplanted Robert Mugabe for another dictator but there are also little signs that show that things may never be the same again. So we are in a flux at the present moment. 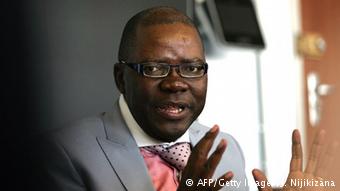 As finance minister under Robert Mugabe, Tendai Biti witnessed his theft of billions of dollars

You just mentioned that Zimbabwe still might end up with someone like Robert Mugabe – that’s a reference to former vice president Emmerson Mnangagwa. He is [from the ZANU-PF ruling party] and will be sworn in as interim president on Friday. Where does that leave you and the opposition in Zimbabwe?

It doesn’t change our position. We have achieved something; some of us were in the trenches for the last 20 years so that is a big victory. We have removed a baobab [tree] called Robert Mugabe. We are not going to allow a little mopane tree, a little acacia tree, to be another Mugabe. People will go back on the streets again. The minister himself will also go back to the streets again with the tanks. Never to another Mugabe, never. We are cautiously optimistic that we can create a road map that will bring sustainability to our country, not only a road map that ensures that Zimbabwe is on an irrevocable path to democracy. And that is the concern of every democrat in this country.

We understand that President Robert Mugabe stashed away a lot of money abroad, in England, in Hong Kong, Dubai and other places. What are the chances that this money could be recovered and returned to Zimbabwe?

This is the major test for the government that is coming in. That money belongs to Zimbabwe — it has to come in. I reckon his network must be very close to a billion dollars. It will be a test of sincerity on this government. That money belongs to Zimbabwe. They have to pursue that money. It’s so easy these days with all the new international financial rules against money laundering and transparency and OFAC [the US’s Office of Foreign Assets Control] and so forth. It should be very easy.

How much stake does the opposition have in any transitional government that might be formed?

We can’t allow a junta government to manage the transition. So we have to get involved. If the opposition is not involved then it’s an illegitimate government born out of coup and we’ll fight it, and we’re good at that.

Mr. Biti, during your mandate as finance minister, you had to deal with the problem of lack of money or finances in your budget. At the same time Mugabe accumulated huge wealth. Can you describe your thoughts at the time you were finance minister in Zimbabwe?

And how satisfied are you with the intervention of the Southern African Development Community (SADC) and the Africa Union (AU) so far?

The interview was conducted by Chrispin Mwakideu.