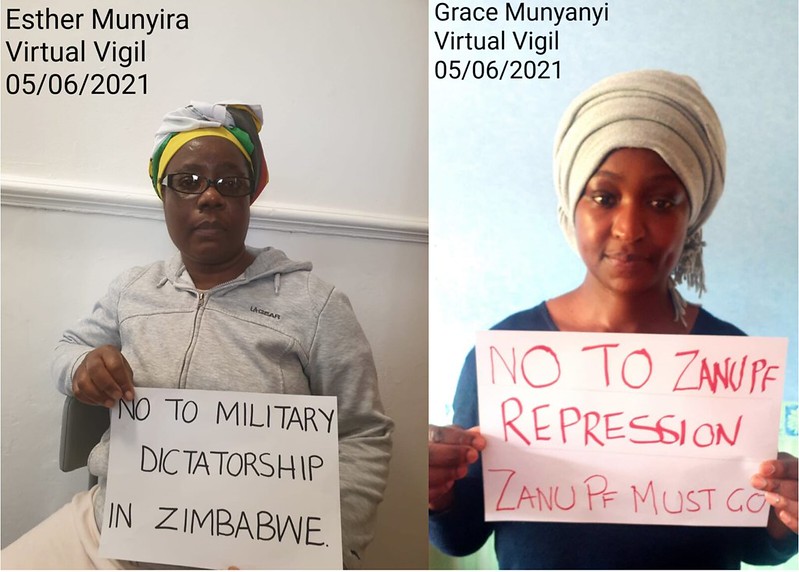 President Mnangagwa has described Zimbabwe as the ‘museum capital of the world’. Speaking at the opening of the Bulawayo Arts Festival, he called on local authorities to rename buildings and streets after the country’s heroes.

Mnangagwa visited monuments and museums including the Natural History Museum, which he said ‘has the biggest collection of both animal and human relics on this earth and I am told that some of the most rare artifacts in the world are found here’. (See: https://www.zimbabwesituation.com/news/zim-is-a-global-museum-mnangagwa/.)

He also went to the Hanging Tree where people were hanged in an Ndebele uprising against white settlers in 1896. Recently he unveiled a statue in Harare of Mbuya Nehanda, a 19th century spirit medium who has become a liberation heroine. Mnangagwa described the erection of the statue as a victory against colonialism.

According to the Herald the statue cost $56 million. The expenditure has been widely criticised at a time when the health system is under great strain because of the Covid 19 pandemic.

The writer Cathy Buckle, in her latest ‘letter from Zimbabwe’, says that some 500 kilometres away in Chimanimani victims of Cyclone Idai two years ago feel abandoned. One survivor is quoted as saying ‘Most people are still living in tents. Imagine staying in a tent every day for the past two years. We are really getting worried that this will be our life forever. What we thought would have happened and the promises we had been given, have not been fulfilled and we have lost hope.’ (See: https://www.zimbabwesituation.com/news/river-of-many-hippos-and-the-bronze-statue/.)

The leader of MDC Alliance, Nelson Chamisa, says the situation in most urban centres is dire. Speaking during a tour of Harare’s residential areas, he said he was shocked by the poverty levels and the amount of uncollected garbage, which he blamed on government interference in local authorities.

His party is launching a national clean-up campaign. Chamisa said: ‘We can do a lot to take care of our environment. We have a failed leadership in this country, but as we wait to resolve and fix the fundamental broad question on failed leadership, we can do something at a community level, at a local level. It’s about residents doing something to fix our own problems. I have just walked around, it is so embarrassing.’ (See: https://www.zimbabwesituation.com/news/were-doomed-chamisa/.)

Less serious but also embarrassing is the secret suffering of men beaten up by their wives. Kenyan men have appealed for help in this new men’s liberation struggle (see: http://www.zimvigil.co.uk/vigil-news/campaign-news/1145-tell-our-wives-were-in-charge-men-in-kenya-plead).

The  crisis extends to Zimbabwe where one poor man has had the tables turned and instead of continuing happily to beat up his wife she has taken lessons in martial arts and is now beating him up. He has appealed for donations to take self-defence classes (see: https://www.facebook.com/TheCitizenZim/posts/man-flees-home-after-wife-bashes-himappeals-for-donations-to-take-up-self-defenc/537591097687228/).