Zimbabwe: a safe haven for genocidaires?

The discovery that a Rwandan genocide fugitive had lived out his days in Zimbabwe led many to suspect he wasn’t the only war criminal harboured by Harare. 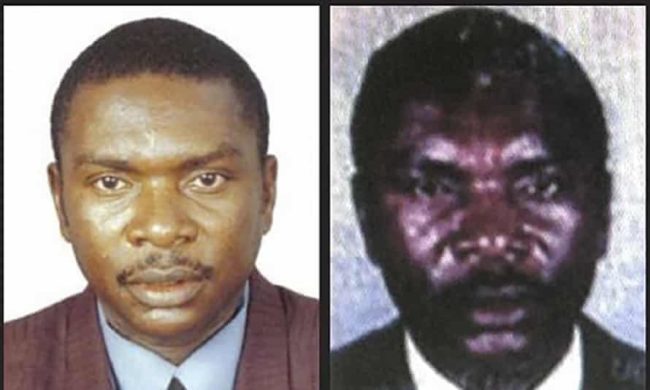 The revelation that one of the most wanted Rwandan genocide fugitives lived in Zimbabwe until his death – the same country that sheltered a former Ethiopian leader convicted of killing millions of people – has raised questions about Harare’s commitment to human rights.

Human rights organisations and activists in Zimbabwe were enraged following the exhumation of the remains of Rwandese genocidaire Protais Mpiranya from a Harare gravesite, claiming this is a clear indication that the government of the southern African nation pays scant regard to human rights violations.

Mpiranya’s remains were, in April, unearthed from a cemetery in Harare by United Nations (UN) investigators who were following a lead picked up on a computer seized from one of the deceased fugitive’s contacts.

The UN body handling outstanding war crimes cases for Rwanda and Yugoslavia is convinced that despite having a $5 million bounty on his head, Mpiranya had been sheltered by the authorities in Zimbabwe until his death from natural causes in 2006.

While these revelations have caused considerable embarrassment to officialdom in Harare, rights activists say this is just confirmation of what they have always said: that the government of Zimbabwe is a violator – rather than a protector – of human rights.

“Zimbabwe has refused to ratify international laws against torture or ratify the Rome Accords to be a member of the International Criminal Court, that shows its lack of seriousness in dealing with genocide fugitives,” pointed out Kennedy Masiye, a human rights lawyer.

Masiye, who represented missing Zimbabwean journalist and human rights activist, Itai Dzamara – who was abducted in broad daylight by suspected state security agents in 2015 – said Harare authorities were very much aware of Mpiranya’s presence in the country.

He pointed out that Harare has a track record of harbouring genocide fugitives, as has been the case with Mengistu Haile Mariam, a former Ethiopian strongman wanted for genocide, who has never been brought to justice due to the protection he received from the government of Zimbabwe.

Farai Maguwu, director of the Centre for Natural Resources Governance, a non-profit that has been documenting systematic human violations in Zimbabwe, said the country’s human rights bar has always been very low.

“Giving a safe haven to fugitives from justice is an indicator of tolerance or endorsement for the crimes committed by the fugitives,” Maguwu told FairPlanet. “It reflects low standards of human rights and poor international relations.”

After the revelation that the Rwandese fugitive had found a safe haven in Zimbabwe until his death, the reaction of the government has been a strident denial of any knowledge of his presence in the country.

“Government of Zimbabwe met its entire obligation under international law,” said Information Ministry secretary Ndabaningi Mangwana in a statement. “Government investigated all leads on fugitive Mpiranya and followed up on new leads.”

Foreign Affairs minister Frederick Shava issued a statement in which he claims that the Zimbabwe government was in actual fact part of Mpiranya’s hunters.

“Zimbabwe fully co-operated with the UN Residual Mechanisms in its investigations of the Rwandese fugitive who was indicted in 2000 by the International Criminal Tribunal for his role in the 1994 Rwandan genocide,” said Shava.

Mpiranya was the head of the Rwandan presidential guard in 1994 when the genocide that killed up to 800,000 Tutsis and moderate Hutus took place. The International Criminal Tribunal indicted him in the year 2000 for his role in the genocide.

He is accused of giving his men a kill list of prominent Tutsis and orders to kill their families too. He is also accused of arming and training the notorious Interahamwe Hutu militia, which was responsible for hundreds of thousands of deaths.

When the Hutu government eventually collapsed in July 1994, Mpiranya and other fugitives found safe havens in Cameroon, the Central African Republic (CAR) and the Democratic Republic of Congo (DRC). However, when Théoneste Bagosora, a military commander and genocide war criminal, was arrested in Cameroon, many left as their safety was not guaranteed.

The only safe place for war criminals had been the DRC in 1998, when a second war broke out there as rebels backed by Rwanda and Uganda sought to topple the government of Laurent Désiré Kabila.

The UN investigators said Mpiranya and numerous others joined the Zimbabwe Defence Force (ZDF) fighters in the DRC to defend Kabila’s government.

They said Mpiranya led a military unit called Horizon Brigade which “operated extensively with the ZDF in the DRC, deployed together and involved in violent battles.” The UN investigators said at the end of the DRC conflict that senior military and government officials facilitated Mpiranya and many other fugitives’ entry into Zimbabwe in 2002.

“Zimbabwean officials facilitated his entry into Zimbabwe and Mpiranya facilitated the safe passage of his closest associates,” the investigators said.

A 2002 UN report listed now Zimbabwean President Emmerson Mnangagwa and several Zimbabwean military and political elites among the people who used the DRC civil war as a fig leaf to wantonly plunder the country of its vast mineral and other resources.

Living in Norton – a town 50 km West of Harare – and using a fake identity, Mpiranya started a transport business in Zimbabwe from suspected proceeds from Congolese diamonds; his business later collapsed due to mismanagement.

He died in Harare, aged 50, in October 2006 of a heart attack brought on by tuberculosis, and was buried under a false name, Sambao Ndume, whose date of birth, 30 May, 1956, matched his.

UNKNOWN OTHERS STILL ON THE RUN

With Mpiranya accounted for, it is not clear how many more fugitives are believed to be in the country. In his statement, however, Shava said that the Zimbabwean government was processing numerous requests from Kigali to extradite suspects believed to be in Zimbabwe.

“We are not only cooperating and assisting the UN mechanism, but we are also assisting Rwanda bilaterally and requests for extradition of some fugitives allegedly believed to be in Zimbabwe are at various stages of processing,” he said.

Over the years, reports have suggested that with Harare and Kigali – previously estranged after the fall-out in the DRC war – reconciling, most members of the Rwandan community have been leaving the country due to fears for their safety.

MENGISTU, A FRIEND OF ZIMBABWE’S

The same camaraderie existed between Zimbabwe’s long time ruler, the late Robert Mugabe, and Mengistu, with the latter having provided training bases and arms to the liberation fighters that brought about Zimbabwe’s independence in 1980.

As a result, when Mengistu was toppled in 1991, Mugabe put him out of the reach of his pursuers by making him a special guest of the government of Zimbabwe, and for the past three decades he has enjoyed a life of comfort in an upmarket Harare suburb.

This came despite him being convicted of genocide back home for his role in the death of millions of Ethiopians through political purges and deliberate starvation.

ZIMBABWE READY TO HAND OVER MENGISTU?

Faced with blistering criticism arising from the Mpiranya case and uncomfortable Mengistu parallels drawn thereof, Shava, Zimbabwe’s Foreign Affairs minister, denied charges that Harare is a safe haven for genocide fugitives. He even went as far as hinting that Harare was ready to release the 84-year old former Ethiopian leader.

“We are not harbouring Mr. Mengistu, we have allowed Mr. Mengistu to stay in Zimbabwe since he fell out with his people in Ethiopia,” Shave told the media. “It was not a conspiracy, everybody knew he was coming here with his family, and there is no comparison with [Mpiranya].”

Shava added that Harare was willing to consider an extradition request on Mengistu, if Addis Ababa files one.