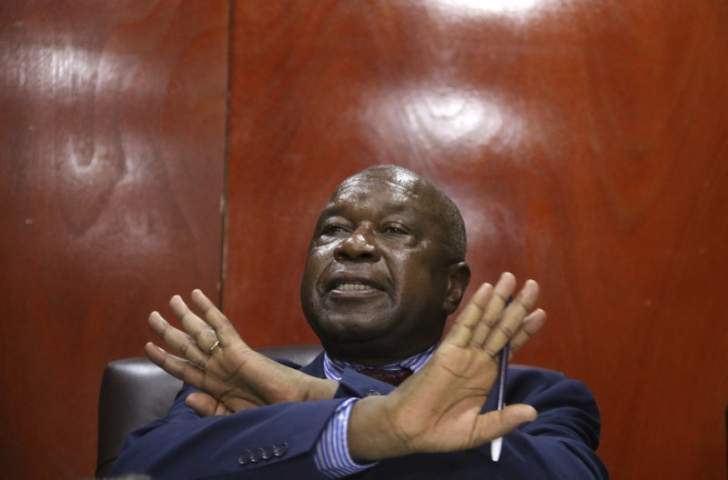 THE ruling Zanu-PF party has bragged that it has the country’s armed forces and war veterans on its side, raising fears that the security sector might be used to influence the outcome of next year’s polls.

Mutsvangwa also sent a chilling warning to the opposition, mainly the Citizens Coalition for Change (CCC) led by Nelson Chamisa, saying those calling for security sector reforms were daydreaming and that war veterans would not be messing around ahead of next year’s polls to make sure Zanu-PF retains power.

“We will not brook those who say there must be security sector reforms, our army is the best. We want to send a very strong warning to the opposition that the boys and girls are back in town,” he boasted.

“Mutsvangwa is a politician, therefore, the army does not comment on political issues,” Makotore said.

President Emmerson Mnangagwa’s government came into power in 2017 through a coup which toppled the late former President Robert Mugabe.

In past elections, the army and war veterans have been accused of helping sustain Zanu-PF rule.

Army generals are on record stating that they will never salute any President without liberation war credentials.

During the 2008 election re-run elections when Mugabe was the Zanu-PF presidential candidate, the campaign period was characterised by violence which resulted in many opposition MDC-T members, then led by the late Morgan Tsvangirai, being killed or maimed in brutal assaults by alleged war veterans, soldiers and Zanu-PF militia.

During the August 1, 2018 post-election violence, soldiers gunned down six unarmed civilians during protests by MDC Alliance members, then led by Chamisa, over delays by the Zimbabwe Electoral Commission to announce Presidential election results.

Ahead of the 2023 polls, Zanu-PF has resolved to form a war veterans’ league which will hold its elective congress next month to fill in 40 seats reserved for the wing in the party.

Mutsvangwa said war veterans were aware of the heavy responsibility thrust upon them.

“We will not disappoint Zanu-PF and the President. We will also bring in organisation and discipline … The discipline is symptomatic of the people who fought against an organised imperial army and won. It will be yours in a formal way for you to harness so that we deliver once-and-for-all a final blow to those who have pretensions to think that there can be regime change in Zimbabwe.”

CCC deputy spokesperson Gift “Ostallos” Sibiza said this was an indication that Zanu-PF was desperate to get the security sector on its side ahead of next year’s elections because its campaign was losing steam due to the country’s  worsening economic crisis.

“It’s a clear desperate attempt by Zanu-PF which is losing political support at a time CCC support is surging, as has been confirmed by the Afrobarometer survey and also by ordinary people because of the deepening socioeconomic crisis in the country,” Siziba said.

“Every Zimbabwean has rejected Zanu-PF because of its failure, and they are doing everything to re-engage stakeholders including war veterans. It is clear and is of no doubt that Zanu-PF is running from post to pillar because only the CCC government led by president Nelson Chamisa can be able to protect the legacy of the liberation struggle.”

Political analysts said Mutsvangwa’s utterances were a clear indication that the securocrats were involved in the country’s political affairs.

“Zanu-PF has always relied on pressuring the ex-combatants and security institutions to support it as it has not always been confident about its electability. Where persuasion, the proverbial carrot has not been successful in influencing voters, these have provided the coercion, the proverbial stick,” commentator Vivid Gwede said.

Political analyst Maxwell Saungweme said: “In terms of 2023, there is nothing much to expect unless the military chooses to work with the masses. Otherwise, the people’s vote will be stolen once again and the election will usher in a cycle of legitimacy issues, poor governance, economic crisis and further deterioration of social services.

“We have re-lived this vicious cycle since 2000 and every stolen election brought phases of despair in the cycle.”