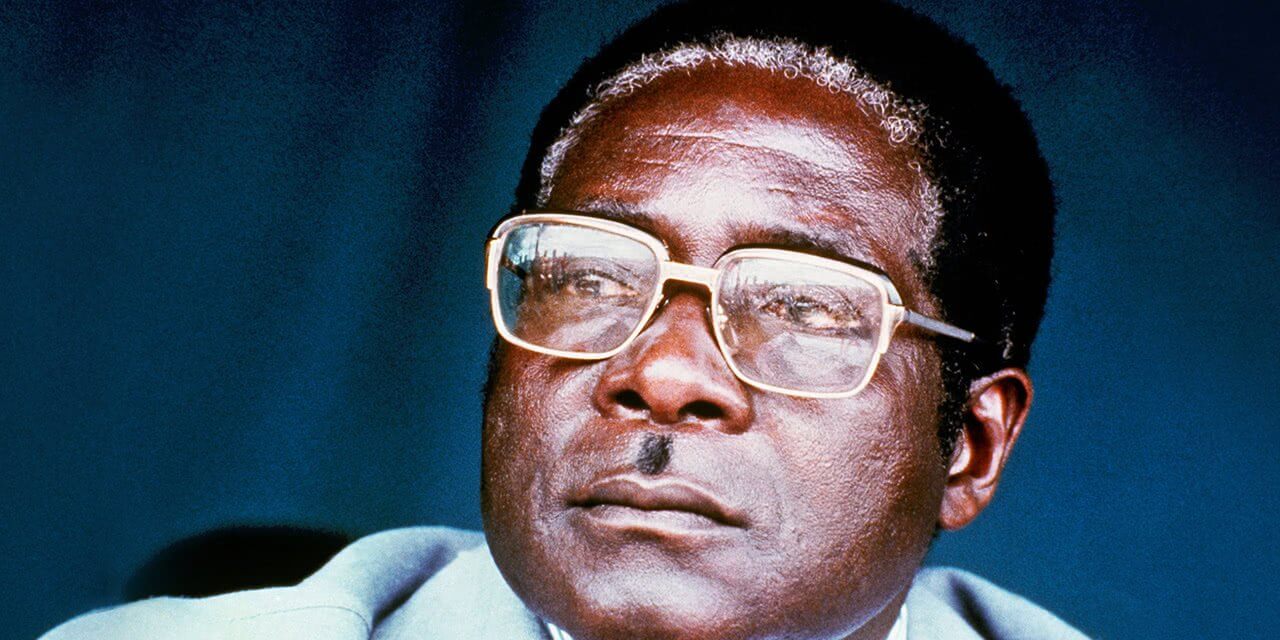 Prior to its independence from Britain in 1964, Zimbabwe—then called Rhodesia—was immensely wealthy. Thanks to gold rich terrain and extremely fertile land, the Southern African country had been named ‘the Jewel of Africa’. Of all the countries transitioning between colony and democracy, Zimbabwe was one of the best situated to modernise. Fifty years later, it is a wreck, and Robert Mugabe is almost entirely at fault.

Mugabe’s rise came in the years immediately after independence. For a short while after the split from the UK, Zimbabwe remained under the racist control of Ian Smith, a man of European descent determined to maintain white supremacy in the African country. Naturally, this was hard to enforce without British help, and a guerrilla war was launched by black Zimbabweans with Mugabe at the forefront. Fifteen years of this was enough to erode Smith’s authority completely, and, with elections imminent, Mugabe was the obvious choice. He became prime minister in a landslide, taking 63% of the vote. He seized power and never let it go. After consolidating his position throughout the 1980s, he fused the prime ministership and presidency in 1987, and then maintained his control by winning election by an even larger margin in 1990. At this point, things began to spiral out of control.

Mismanagement of both blue and white-collar industries led to strikes by everyone from civil servants to nurses over salaries. When these went ignored, there was a mass exodus of professional talent. The general health of the country began to decline as the doctors joined the exodus, and consequently, by 1997, approximately a quarter of the population was infected by HIV. Looking for any success, Mugabe attempted land reform, as the 0.6% white population still held 70% of Zimbabwe’s agricultural land. He did this by simply seizing land from the whites and giving it to black citizens. They were black Zimbabweans who had no farming experience. Zimbabwe’s exports plummeted, and the economy sank with them.

This began a trend in the 2000s, where Mugabe would try something dramatic to solve a problem, and mistakenly make everything worse. To save the stumbling economy he began printing piles of money making the Zimbabwean Dollar worthless. To combat slums in cities, Mugabe ordered them all destroyed, leaving tens of thousands homeless. In the midst of all this was blatant electoral fraud; Mugabe even admitted, in what I can only assume was a senile moment in 2014, that the opposition had won the 2008 election by 73%, an election Mugabe claimed he won by 76%. By 2009, the majority of the country’s workforce had simply left the country, and employment was reaching dangerously close to 50%.

Mugabe’s final years reinstated his political ineptitude. Realising, perhaps, that one could only be so corrupt for so long, the aging president embarked on a final ride of wild mismanagement. One study by the Institution for Security Studies concluded that ‘the government encourages corruption to make up for its inability to fund its own institutions’. This wasn’t a struggling country. This was a near unsalvageable wreck.

Last week, Mugabe was finally removed from office by a coup. His 37-year rule is over. It’s hard to imagine a route back to riches for Zimbabwe. Mugabe was neither the cruellest dictator of all time, nor the maddest; but, in terms of sheer incompetence, Mugabe must rank first. He has ruined a rich and vibrant country that had optimistic prospects. Thank god he is finally gone.