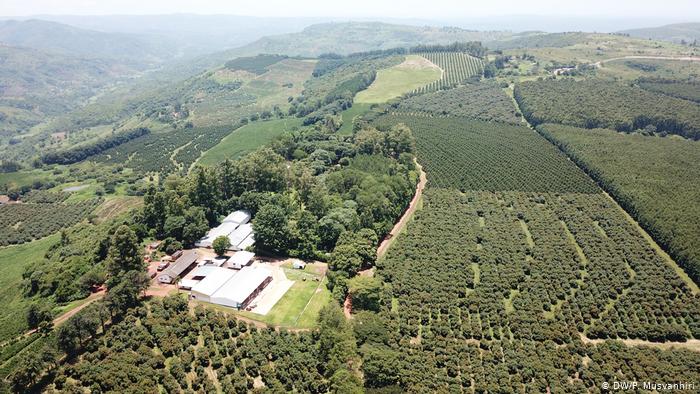 Farfell Coffee Estate is known in countries such as Sweden, France and the US for its products. The farm employs 600 workers, exports macadamia nuts and sends 1,300 tons of avocados to France each season. Its coffee is in demand in more than 50 countries around the world.

For estate owner Richard Le Vieux, the future of the farm is, however, uncertain. He is facing charges for refusing to make way for Remembrance Gwaradzimba, son of provincial minister Ellen Gwaradzimba, who went to the farm together with the police holding a letter claiming ownership of parts of the farm in February 2019. The demand was that Le Vieux should cede half of his estate to the new owners who were purportedly given a land offer by the government. 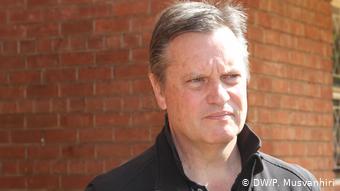 Le Vieux resisted but what followed were arrests, detention and court appearances that have disrupted operations at the farm for the past four months. “It is very unfortunate what has happened here. I have been targeted in an individual capacity,” Le Vieux told DW. “It is counterproductive for everything that the new administration is trying to achieve, which is to move the country forward after the chaos of the previous 20 years.”

For the farm laborers the land dispute has also resulted in uncertainty. Leni Kambarami, a mother of three, has worked in the farm’s avocado packing sector for four years. She is worried about losing her job if the compulsory acquisition of the farm is allowed to go ahead. “I have three children, two are going to school. I will not be able to pay their school fees, let alone have income to buy food,” she said. “If this farm is taken, it will be a big blow.” 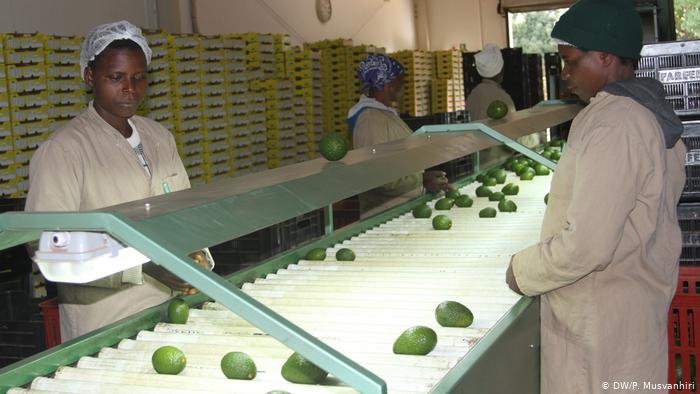 The farm produces avocados, coffee and macadamia nuts for local use and export

‘Anything productive should be protected’

Although not as violent as in the early 2000s, the land redistribution claims have again cropped up, with a few remaining productive white commercial farmers being targeted. Although this was done to correct unfair land ownership imbalances dating back to the colonial era, the difference today is that Zimbabwe is very aware of the economic downturn the country experienced over the past 20 years.

Additionally the country’s image on an international playing field is at stake. After years of economic isolation, the country “is open for business,” as President Emmerson Mnangagwa mentioned repeatedly after the ousting of longtime leader Robert Mugabe..

In what could provide some interim relief, the government is said to have taken a decision to stop any fresh farm invasions and occupations. “Government policy is to protect the current businesses that are going on. Anything that is productive is protected,” proclaimed government spokesperson Nick Mangwana. “It is not our policy to disrupt productive land. It is not our policy to disrupt or confiscate land or property, we respect property rights.”

The director of the Commercial Farmers Union of Zimbabwe, Ben Gilpin, said the government should fix landownership policies and put a stop to attempts to acquire the land of remaining productive farms. “We would like to see this become policy. Clearly, we have asked for a moratorium many times in the past and it would send a positive signal,” Gilpin said. “Any time there is disruption on productive land it sends a negative message and investors get very gun shy when they see that this kind of thing can still happen at this time.” 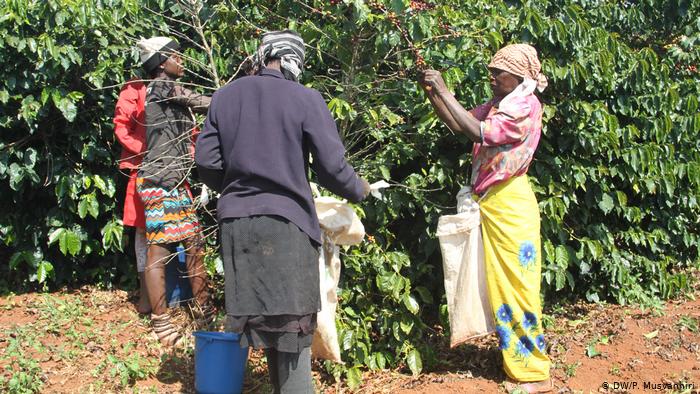 Zimbabwean economic analyst Vince Musewe believes that the handling of land redistribution is  currently based more on politics than on actual research.  “You can see that there is a disconnect between national policy and what happens on the ground at provincial level,” Musewe told DW.

Musewe criticizes the government for dragging its feet. “There’s plenty of land for everybody if you want to get into farming. But the problem has been that people who have jobs elsewhere end up getting a farm and not being productive on the farm.” Proper land redistribution can only be done when a land audit that is currently underway is finished. The problem is, he says, that in the past one and a half years, only eight percent of the land has been audited.

In the last land reforms, about 4,500 productive commercial farmers lost farms and only a small number, estimated at fewer than 500, are still operating. Much of the redistributed land is either idle or poorly utilized.

What is even more harrowing than fresh land disputes, however, is a looming drought, says Musewe. In the event of another drought, the country needs about 1.3 million tons of food to be food secure, he says. Currently Zimbabwean farmers are producing just over half that amount.

“The priority is to make sure that the large farms are being productive. The second is the issue of small-scale farmers – if they are productive, you also have food security because they don’t have to be fed,” says Musewe.  “We have the land, we have the water systems. So it’s a matter of investment, implementation and project management.”