As Europe grapples with Brexit, the African Union seeks a more United States of Africa 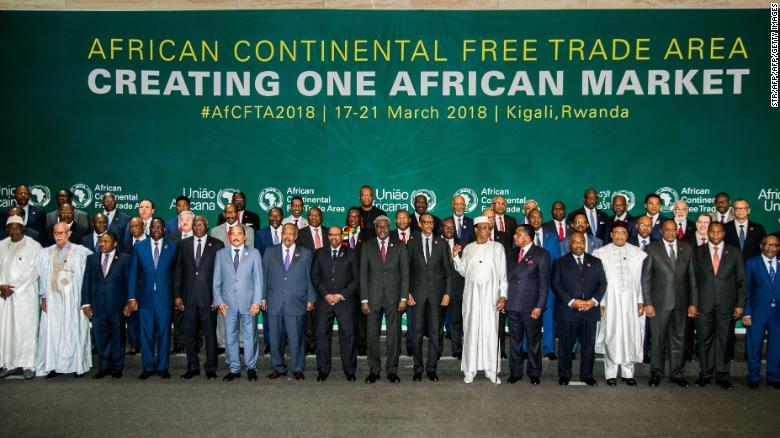 (CNN)Since the United Kingdom voted for Brexit three years ago, the European Union has been struggling to work out a structure for its future relations with the country.

While debates about the unpredictability of economic and political relationships between the EU and Britain continue to linger, thousands of miles away, the African Union (AU) is creating a close-knit relationship among its own 55 member nations.

In 2013, the AU designed Agenda 2063, a framework with set objectives to aid the socio-economic transformation of the continent over the next 50 years.
The vision is to maintain integration of Africans on the continent, according to Khabele Matlosa, the organization’s Director of political affairs.

“The goal is to realize the union of an integrated, prosperous and peaceful Africa driven by its own citizens,” he told CNN. One of the ways the union is doing this is through the proposed launch of a continental passport known as the AU passport.The passport will grant visa-free access to every member state so Africans can move freely across the continent.

Presently, only Seychelles and the Republic of Benin have no visa restrictions for Africa travelers.