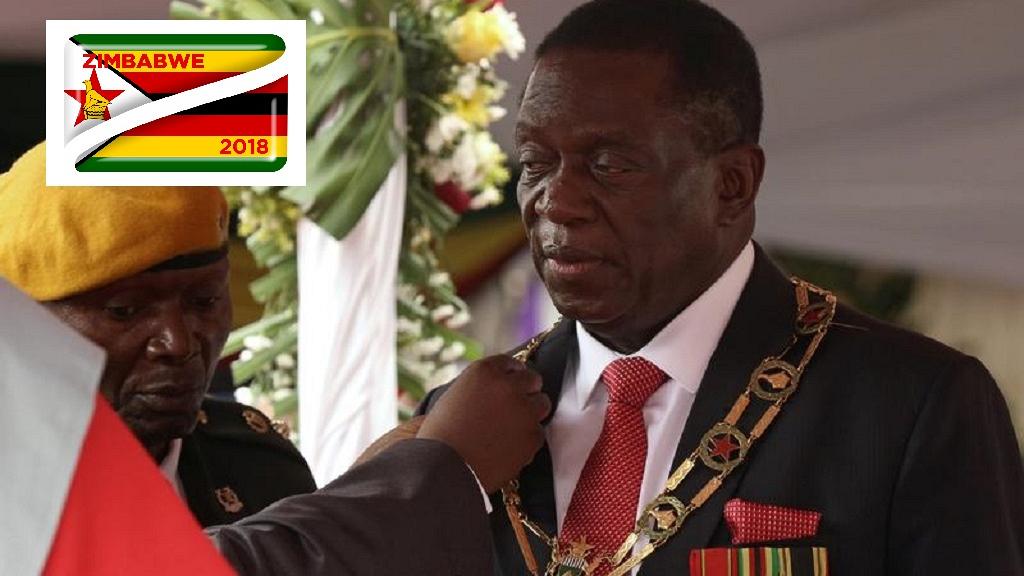 Mnangagwa has made progress in improving Zimbabwe’s relations with Western states before and after he won a July 30 presidential election, the first since the removal of long-time leader Robert Mugabe in a de facto coup last November.

But with a violent crackdown on opposition protesters by security forces after the election – a reminder to many of the repressive Mugabe era, the remarks by Mnangagwa’s spokesman George Charamba signalled that his charm offensive towards the West may already be unravelling.

Mnangagwa’s victory is being challenged in Zimbabwe’s constitutional court this week by opposition leader Nelson Chamisa, who says the electoral commission rigged the vote. The commission has defended its independence.

Economists say that for the southern African country to revive its struggling economy it needs to clear its arrears with Western donors and agree to a financing programme with the International Monetary Fund (IMF).

“Of concern to investors is the continued hostility of the West, principally America which has been influencing IFIs (International Financial Institutions) negatively against Zimbabwe,” Charamba said in an emailed response to questions about investor concerns over the election.

“This has delayed a resolution to the debt question, itself the elephant in the room.”

“External partners – governmental and entrepreneurial – are irritated by the delay in closure to what in all estimate was a free, fair, democratic and credible electoral process,” he said.

“Many investment projects have been waiting in the wings and the frustration of many investors who cannot wait much longer is palpable.”

There were hopes a peaceful vote would end Zimbabwe’s pariah status and launch an economic recovery, but post-election unrest has raised uncomfortable comparisons with its violent past.

Mnangagwa, the 75-year-old former Mugabe ally, has urged Zimbabweans to unite behind him but questions linger over the death of six people in an army clampdown on protests against the ruling party’s victory.

Mnangagwa has repeatedly expressed a desire to mend rifts with Western governments and has been pictured in recent weeks smiling with Western ambassadors in Harare.

He announced billions of dollars in investment commitments before the election, including from Western firms.

As Zimbabwe became increasingly isolated under Mugabe, it turned to China to help prop up its economy.

Charamba said that despite attempts by some “intrusive foreigners” to derail the country’s progress, Zimbabwe had good relations with southern African governments and the BRIC (Brazil, Russia, India and China) states.