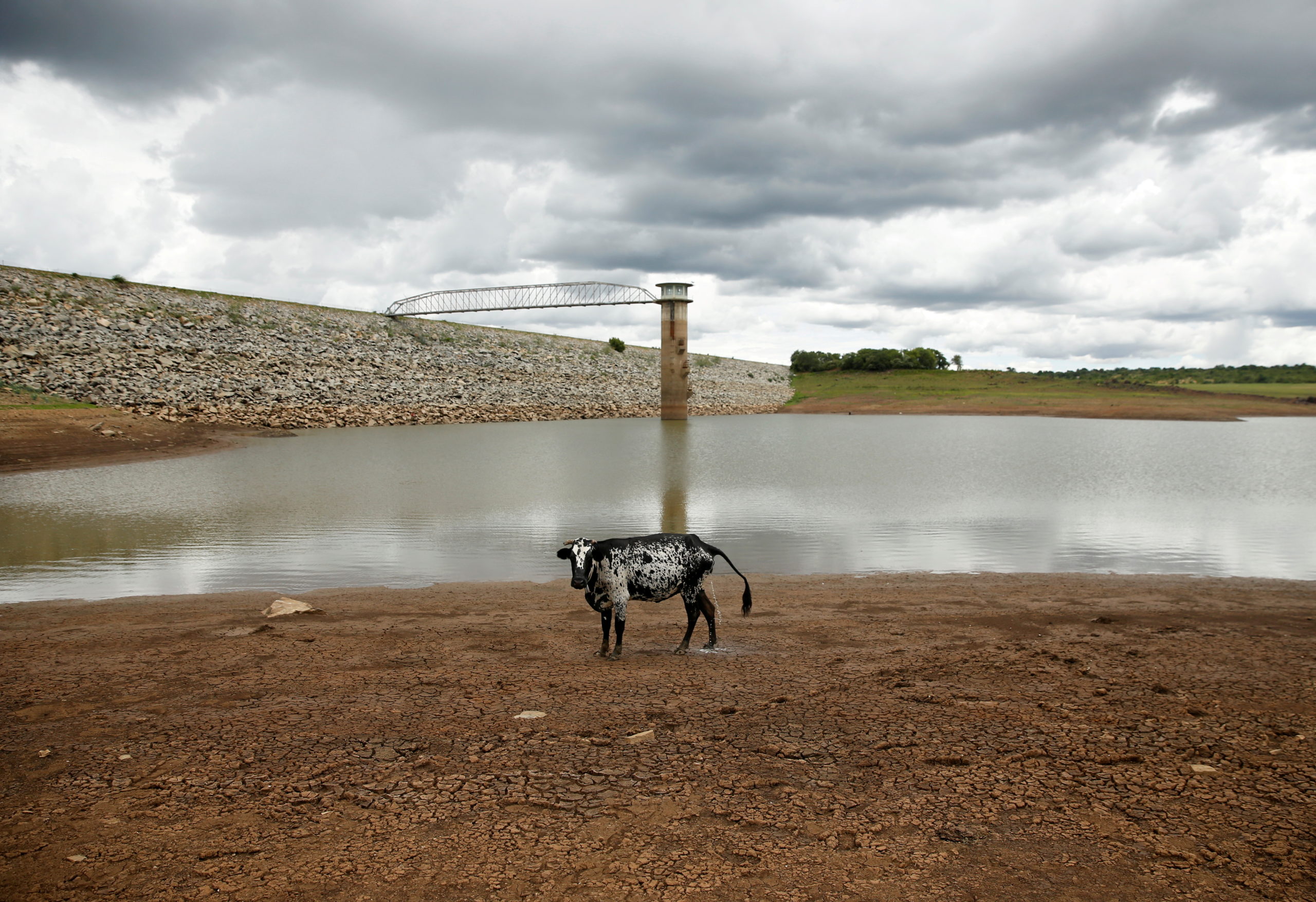 A cow stands on caked mud before a small patch of water at a dam as the region deals with a prolonged drought near Bulawayo, Zimbabwe. REUTERS/Philimon Bulawayo

The southern African country is now committed to a 40% drop in greenhouse gas emissions by 2030 across all sectors of the economy, compared to a “business as usual” scenario in which emission reduction policies are not implemented.

Zimbabwe had previously committed to a 33% emissions reduction in its first Nationally Determined Contribution (NDC) in 2017. NDCs are non-binding plans for climate action submitted by countries since the Paris Agreement of 2016.

The new target is for Zimbabwe’s total greenhouse gas emissions to be curbed to 44.7 million tonnes of carbon dioxide equivalent (Mt CO2e) by 2030. If no action is taken emissions are projected to hit 75.4 Mt CO2e by then.

Emissions in 2017 were 35.84 Mt CO2e, according to the NDC’s most recent national-level estimate.

The biggest source of Zimbabwe’s greenhouse gas emissions is the agriculture and forestry sector, with the energy sector ranking second. Thermal power generation is the main driver of energy sector emissions.

Zimbabwe’s mitigation measures include creating 500,000 more hectares of forest land by 2025, adding 2,098 megawatts of capacity through microgrids by 2028, and expanding solar power capacity.

Zimbabwe has separately committed to increasing electricity and coal supply to the iron and steel sectors, though, which will add to emissions.

The NDC did not mention plans to curb coal mining or coal-fired power.

In a plea to the international community, Zimbabwe said compliance with its new targets is “fully conditional on affordable international financial support, investment, technology development and transfer and capacity development”. The 26th United Nations Climate Change (COP26) conference is scheduled to take place in Glasgow, Scotland, from October 31 to November 12.