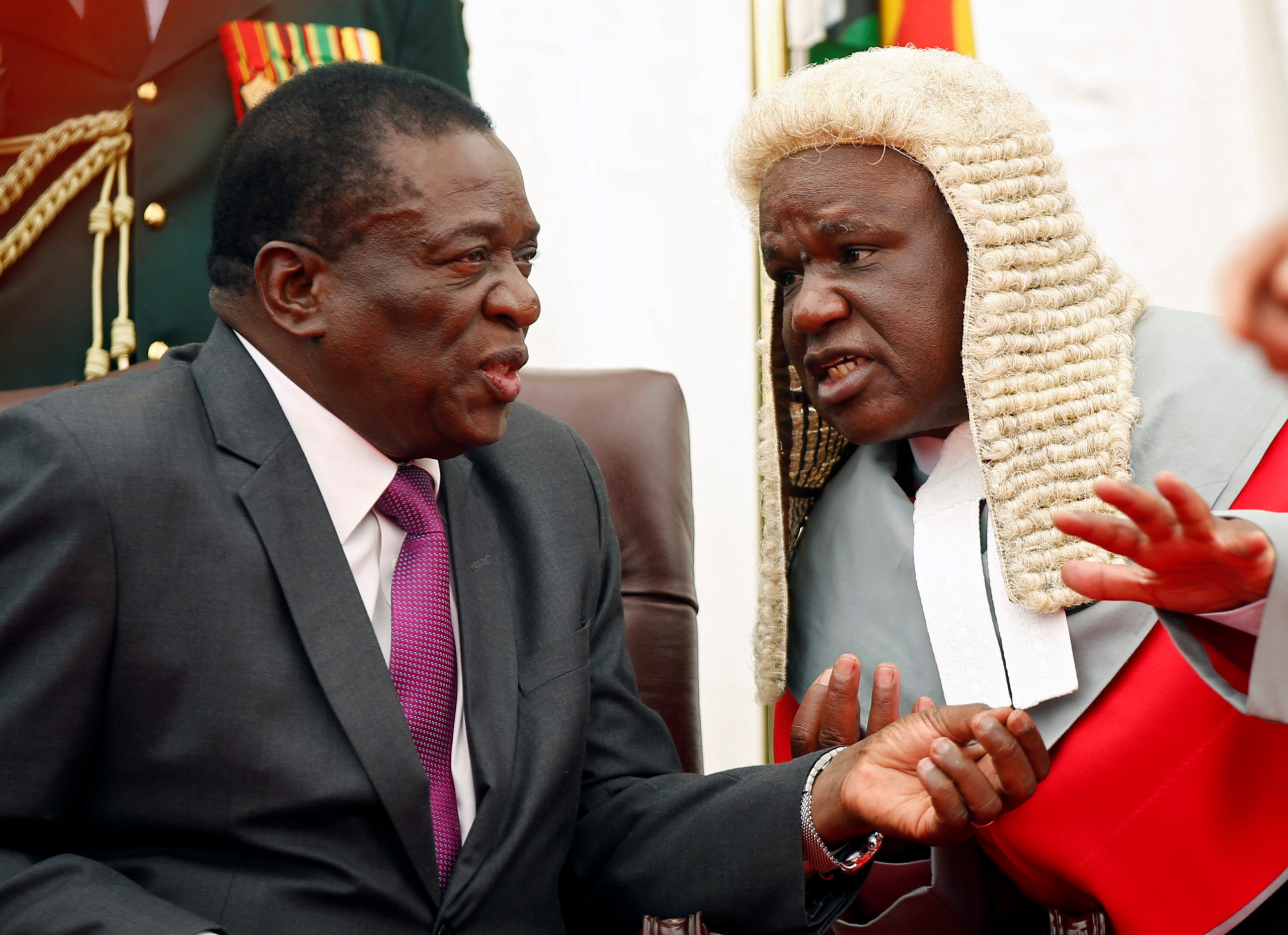 Zimbabwean President Emmerson Mnangagwa talks to the Chief Justice Luke Malaba during the swearing in ceremony of the country’s vice presidents at State House in Harare, Zimbabwe, December 28,2017.REUTERS/Philimon Bulawayo

Zimbabwe’s High Court on Thursday backed Chief Justice Luke Malaba’s right to resume work despite a previous ruling that the president’s decision to extend Malaba’s tenure breached the constitution because he has turned 70.

The Malaba case has become the focus of a tussle between the High Court and President Emmerson Mnangagwa, who introduced a constitutional amendment that raised the retirement of Constitutional and Supreme Court judges to 75 from 70.

Lawyers have challenged the amendment but Malaba has resumed his work, prompting one of the lawyers to file contempt of court charges against the chief justice.

However three High Court judges rejected the contempt of court charges on Thursday without immediately giving a reason for their verdict.

The High Court ruled last month that Mnangagwa’s decision to extend Malaba’s tenure by five years was invalid. read more The government has appealed that verdict and the Supreme Court is yet to set a date for a hearing.

Critics accuse Mnangagwa of seeking to influence the judiciary, a charge he denies.