A five-member delegation of the Zimbabwe Cricket Board arrived in Pakistan on Saturday to review the arrangements and visited Gaddafi Stadium on Sunday. Director International Cricket Operations Zakir Khan accompanied the delegation on the occasion. 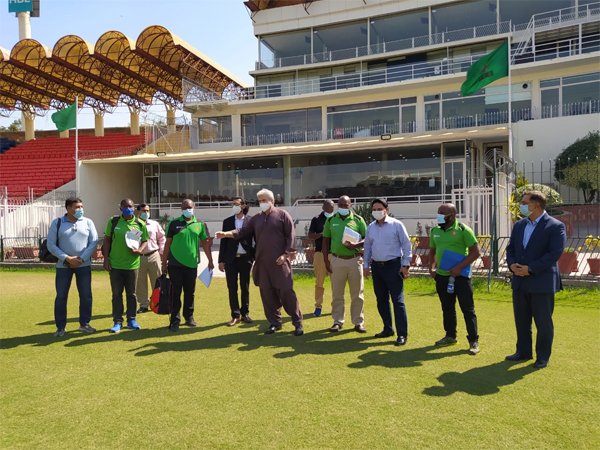 On the occasion, Dr. Sohail Saleem, Head, Department of Sports Medicine and Sciences, PCB, gave a briefing on biosecurity. After visiting the Safe City project tomorrow, the delegation will also review the arrangements at Pindi Cricket Stadium on Tuesday.

It may be recalled that after a dispute over the cost of hosting the matches in Multan, it was decided to shift the series matches against Zimbabwe to Lahore where some matches would be played at Gaddafi Stadium while others would be played at Pindi Cricket Stadium. The Zimbabwean team will arrive in Pakistan on October 20.