There was arguably an immense amount of goodwill given to Zimbabwe’s “new dispensation” when Robert Mugabe’s almost four-decade tenure was abruptly ended in November 2017 in what authorities denied was a coup -but instead a “military assisted transition”. It did not last. 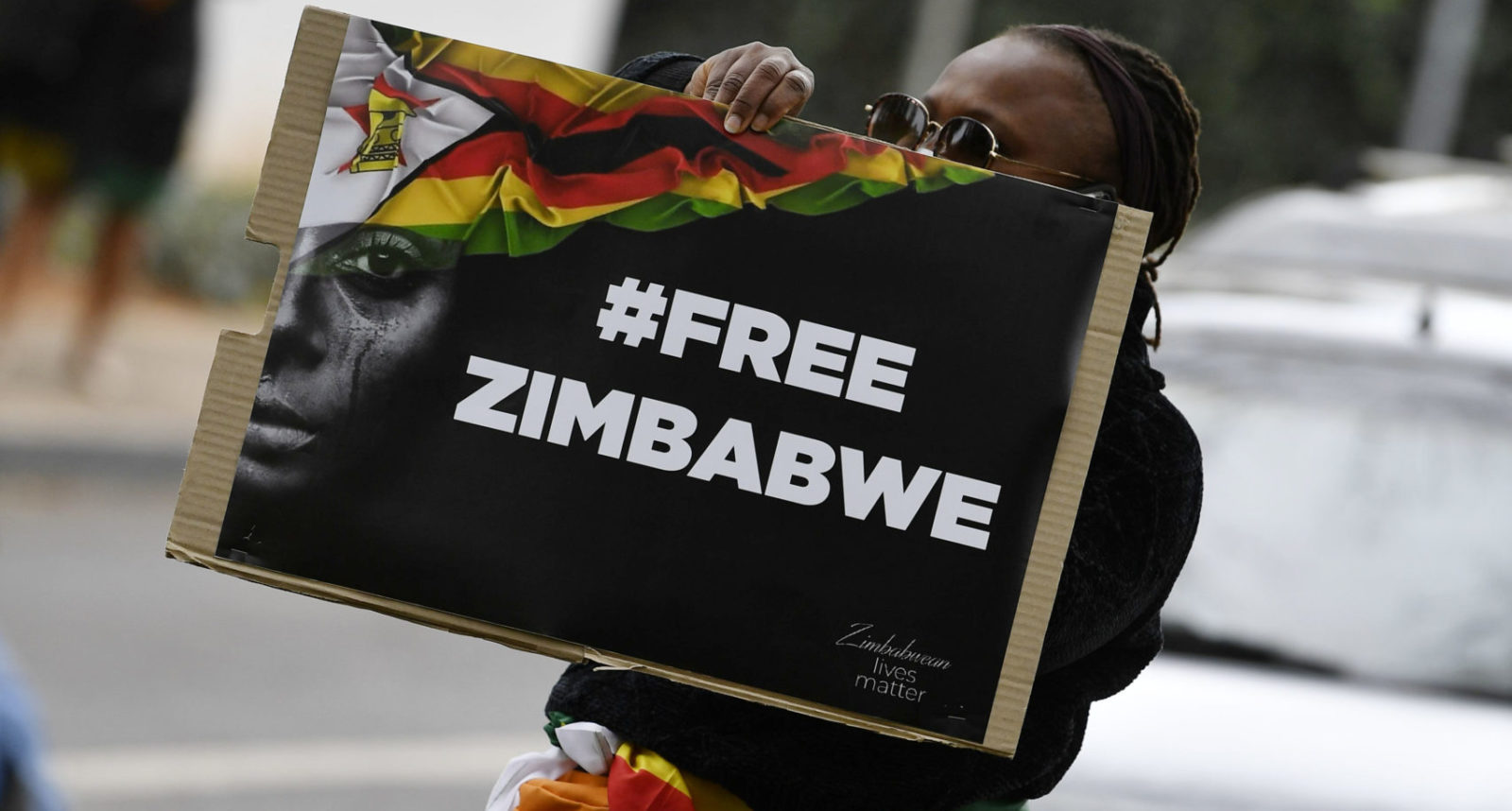 Members of Not In My Name SA Movement protest in solidarity with Zimbabweans at the Zimbabwean Embassy on August 07, 2020 in Pretoria, South Africa. It is reported that the group protested against the alleged human rights violations taking place in Zimbabwe. The country is facing challenges with the decaying economy, the health system has collapsed and the unemployment rate is alarming. (Photo by Gallo Images/Lefty Shivambu)  Less

There was arguably an immense amount of goodwill given to Zimbabwe’s “new dispensation” when Robert Mugabe’s almost four-decade tenure was abruptly ended in November 2017 in what authorities denied was a coup -but instead a “military assisted transition”. It did not last.

For once, Zimbabweans from across the divide were united and gave their beloved country a chance under the new leadership of Emmerson Mnangagwa – only to be disappointed by the continuation of corruption, human rights abuses and a clampdown on dissent from Mugabe’s days.

The post-Mugabe era was punctuated by massive corruption scandals like the US$3 billion Command Agriculture money which disappeared without trace from the national treasury; and pensioners lost their life savings after the National Social Security Authority (NSSA) failed to account for US$200 million.

The recent Covid-19 procurement scandal involving US$60m (R1,017-billion) was amplified on social media by award-winning journalist and documentary filmmaker, Hopewell Chin’ono, prompting an increase in dissenting voices. Politicians like Jacob Ngarivhume of Transform Zimbabwe and MDC Alliance leader Nelson Chamisa, called and supported for nationwide protests which were scheduled under the hashtag #31stJuly.

Chin’ono is the latest journalist to be arbitrarily arrested after exposing corruption and continues to be incarcerated without trial on charges of “inciting public violence”.

To this day, many journalists have not been formally accredited and are still using 2019 accreditation cards – following a High Court order which barred government from discriminating against journalists during the accreditation process.

More than 65 local and global organisations, including the latest call by the Robert F Kennedy Human Rights Foundation, have condemned Zimbabweans Authorities for the ongoing human rights abuses.

On Tuesday, supporters of arrested Zengeza member of parliament, Job Sikhala, were detained for demonstrating outside court against his incarceration.

The question for many Zimbabweans is why those involved in all major scandals have been arrested and given bail, while those speaking against corruption are all in jail?

The ongoing crisis has invited the sympathy of neighbouring South Africans who among them – politicians, musicians and influencers – called for #ZimbabweanLivesMatter

The call was joined by others across the globe, while authorities denied there is “no crisis in Zimbabwe.” President Cyril Ramaphosa sent a delegation to Zimbabwe earlier this month in acknowledgement of the crisis, but was restricted to a meeting with President Mnangagwa alone, excluding other stakeholders like opposition parties, churches and civic originations.

Zimbabwe’s post-colonial state was characterised by massive human rights abuses like the Gukurahundi massacre, farm seizures, and Operation Murambatsvina. Yet while Zimbabweans are known for their resilience, the current crisis seems to be testing the limits of whether or not there is any light at the end of the tunnel. DM168