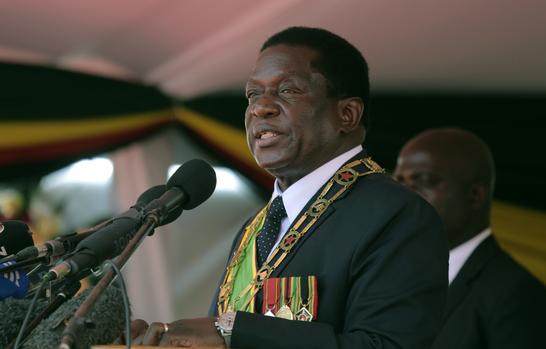 Harare – Finally, and for the first time since independence, Zimbabwe has produced a checkable voters’ roll.

Late on Monday and early on Tuesday people from various political parties and social groups queued to pick up the roll of about 5.8 million voters on a disc, and in a format which can be checked electronically.

But, of course, the roll was issued after the June 14 nomination court confirmed candidates for the four simultaneous elections.

President Emmerson Mnangagwa has not explained why the proclaimed elections would be held on July 30, before the voters’ roll was ready.

He could have waited a further three weeks to declare elections so that the roll could be used at the nomination court and could also checked, and altered if necessary, said Welshman Ncube, spokesman for the main opposition party, the MDC Alliance.

“They (Zimbabwe Election Commission) are not going to change anything which would affect the conduct of the elections. They will deny whatever analysis we find, so if there is incorrect information on the roll, that information will appear and be used on the day of the elections. So in some ways its release is almost an exercise in futility.

“There was time to do all this properly,” he said.

According to the constitution elections could have been held until August 21.

At each election since the opposition Movement for Democratic Change (MDC) nearly beat Zanu-PF at its first elections in 2000, there has been considerable information from election analysts that the voter’s roll had fictitious voters and duplications.

The MDC went to court to challenge the voters’ roll after the 2002 presidential poll, narrowly won by former president Robert Mugabe, but that case was never concluded by the courts, which many scholars and lawyers said were no longer independent.

At the last elections in 2013, it was found that hundreds of policemen were put onto the roll in an urban constituency in which they did not live, and which then saw the MDC lose that safe seat. There were many other examples which emerged on election day and afterwards which indicated the voters’ roll was inaccurate. Zanu-PF won those elections with a landslide majority.

The state claimed at the time, the roll could not be produced electronically because its computers broke down.  The only voters roll made available was on paper, and it only emerged the night before polling day.  Since then several election analysts have tried to get that roll, electronically, but were told the computers were still not working even when they managed to produce rolls for by-elections.

The Zimbabwe Election Commission was ordered by the Harare High Court last Friday to produce the current voters roll.

And in other complications, the MDC Alliance, made up of the original MDC, and some smaller anti Zanu-PF political parties, has landed up with a list of candidates which will divide the vote against itself which will split the vote against Zanu-PF even further.

Details of the “chaotic” candidate list for parliament, senate and local government elections are still emerging, but insiders within the Alliance say they can see that some party allies are standing against each other which will sacrifice a substantial number of parliamentary seats and reduce the anti Zanu-PF vote. There is one parliamentary seat and two local government posts where Zanu-PF candidates have already been declared winners because the Alliance failed to process candidates on nomination day.

There is also a splinter MDC party which emerged after founding president Morgan Tsvangirai died in Johannesburg in February. It has also nominated candidates which will even further split the anti Zanu-PF vote.

The MDC Alliance’s secretary-general, Douglas Mwonzora, did not make himself available for comment about the candidate list chaos.