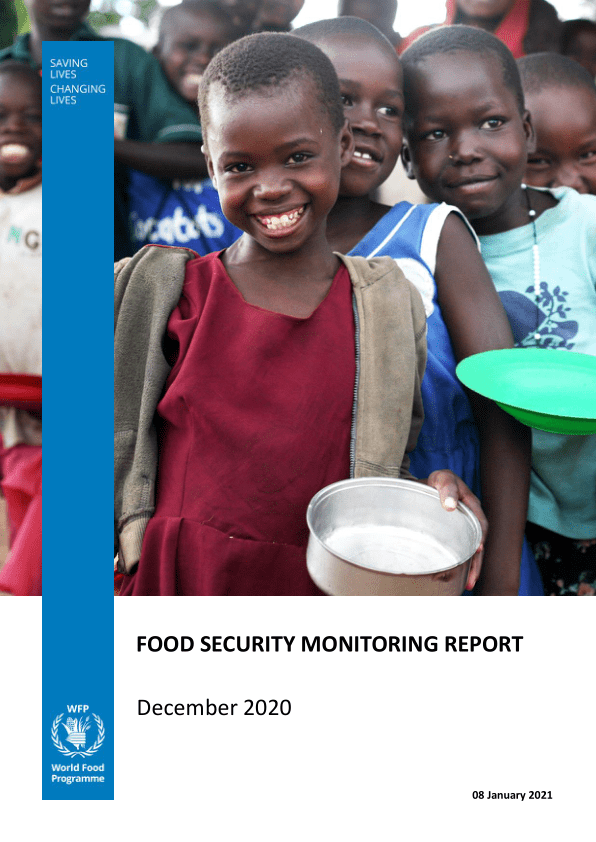 The COVID-19 situation in Zimbabwe continues to deteriorate with the number of confirmed cumulative cases increasing by more than 70% from 10,129 cases including 277 deaths by the 1st of December 2020 to 17,804 including 431 deaths by the 7th of January 2021.

On the 6th of January, the government reintroduced a 30-day lockdown and restrictive measures at level 4, which has seen the closure of most formal and informal businesses which are not categorized as essential services.

During December, most parts of the southern region in the country experienced above-average rainfall, partially induced by tropical depression Chalane that passed through the southern part of Zimbabwe at the end of the month.

The macro economic environment continues to stabilize recording a decline in annual inflation for a fourth consecutive month.

The Hunger Map for Zimbabwe for the month of December 2020 showed an improvement in the number of provinces experiencing very high prevalence of insufficient food consumption, from the 7 reported in November to 5 out of 10 provinces in the country.

The Hunger analysis estimated the number of people with insufficient food consumption to have decreased from 6 million at the end of the November to 5.58 million at the end of December 2020. This improvement is linked to an increase in agricultural casual labour opportunities and in availability of local produce from early green harvest.

Supply of maize grain on the formal markets remained critically low, estimated to be available in only 3% of monitored markets, while availability of maize meal remained stable at an average of 61%.

In ZWL terms, prices were relatively stable over the month for vegetable oil and sugar beans, while prices for maize grain and unrefined maize meal recorded a 6% increase.

Prices in USD remained relatively stable over the month of December compared to November for maize grain and vegetable oil, while the average price reported for sugar beans and unrefined maize meal increased by 4% and 9% respectively.