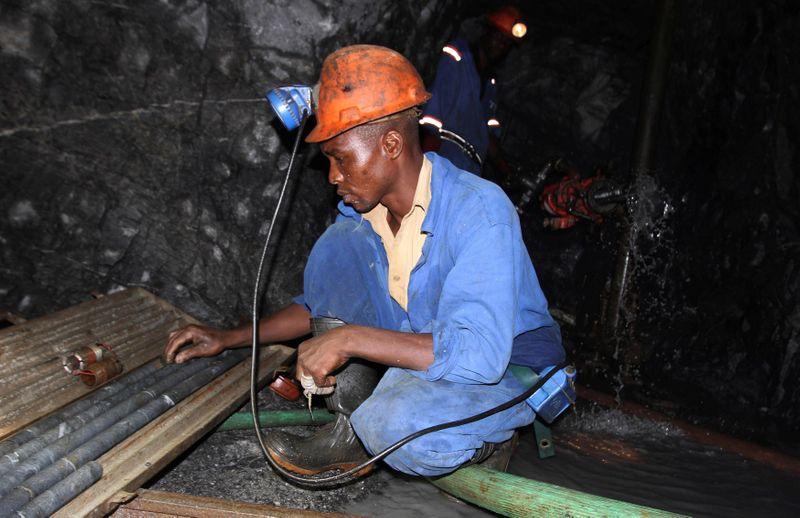 FPR pays U.S. dollars in cash to small-scale gold miners, but a shortage of hard cash caused delays in payments most of last year. That forced many of the miners to sell their gold to illegal buyers, industry officials say.

Deliveries of gold, the top foreign currency earner, have been on the decline since reaching a record 33.2 tonnes 2018, mainly due to delays by FPR in paying miners.

The central bank last month announced plans to unbundle FPR into two separate companies and sell a majority stake in the new gold refinery business to miners, in a bid to boost output.

The government says gold worth at least $1.2 billion is illegally exported from the country annually.

Last month, Zimbabwe banned the use of mercury in mining, which could further curtail output in the short term from the small-scale sector, which is the major user of the toxic metal when extracting gold.