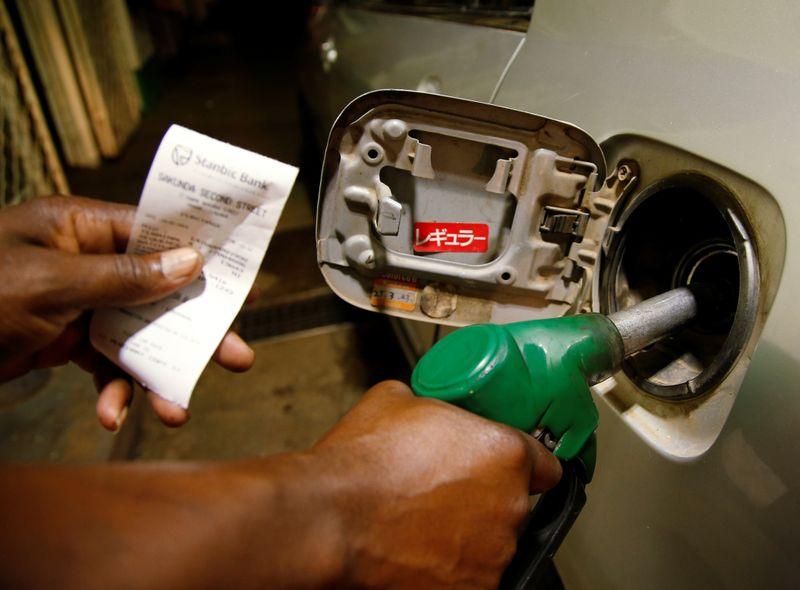 A petrol attendant fuels a car at a filling station in Harare, Zimbabwe, January 28, 2019, REUTERS/Philimon Bulawayo

HARARE (Reuters) – Zimbabwe’s fuel prices will go up by as much as 152% on Wednesday, the energy regulator said, after the government removed a fixed exchange rate in place since March.

The last time the southern African country saw a similar steep rise in fuel prices, in January 2019, violent protests broke out, leaving as many as 17 people dead after a crackdown by the security forces.

Zimbabwe is already going through its worst economic crisis in a decade, marked by high inflation, food and medical shortages.

Zimbabwe began weekly foreign currency auctions on Tuesday in a bid to increase efficiency in the allocation of scarce U.S. dollars in the economy, ending a fixed exchange rate of 25 local dollars to the United States dollar, which had been in place since March 30.

The average exchange rate closed at 57.3582 Zimbabwe dollars to one US dollar after the first auction.