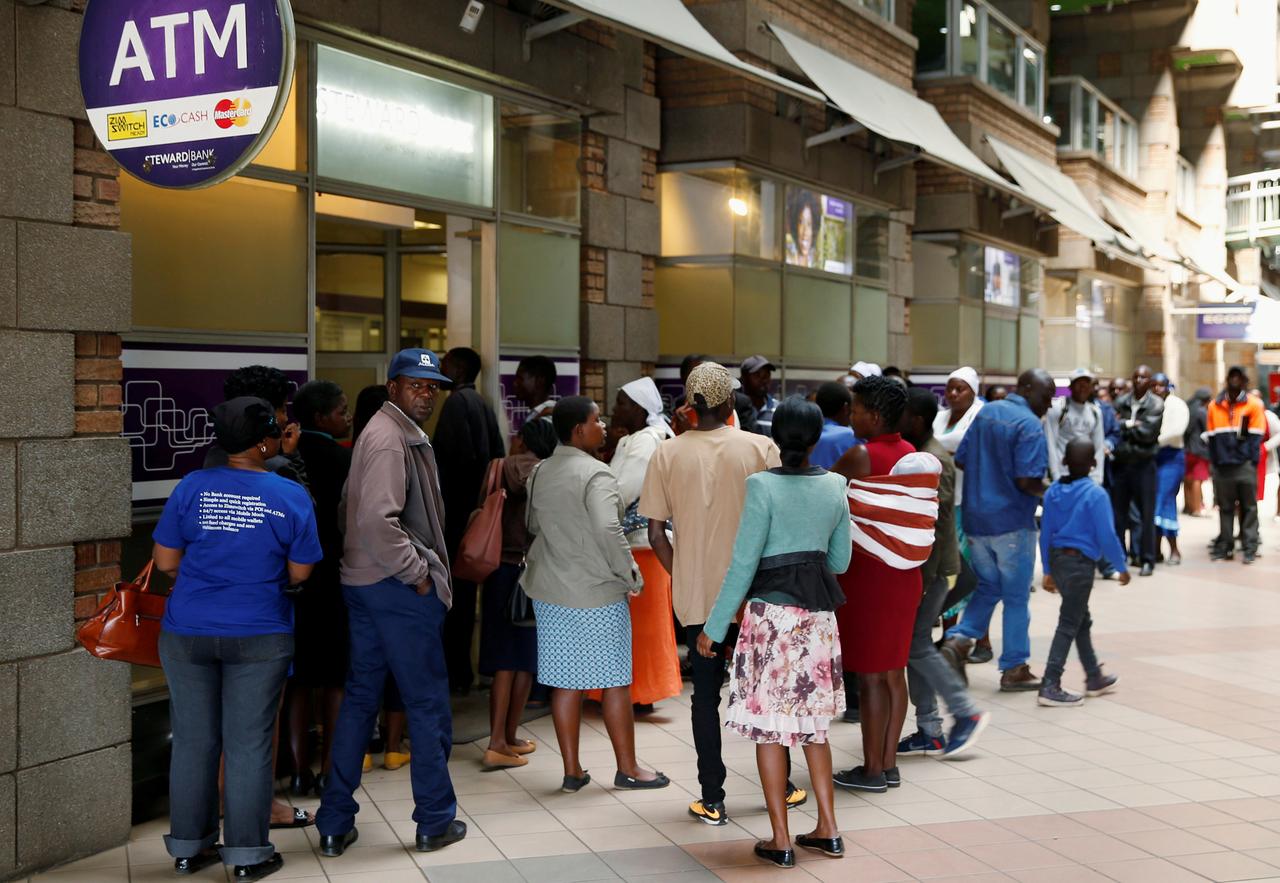 HARARE (Reuters) – Government workers in Zimbabwe on Thursday announced plans for a “massive” protest march next week to press for higher wages, as the finance minister said the economy would this year fall into recession for the first time since 2008.

Zimbabweans are experiencing daily hardships with the prices of basic goods, fuel and electricity soaring, while the Zimbabwe dollar ZWL= continues to weaken against the U.S. dollar.

That has dimmed hopes of a quick economic recovery under President Emmerson Mnagagwa, who took power after the late Robert Mugabe was ousted in a coup in 2017.

The Apex Council of public sector unions said the government had not responded to its demands for U.S. dollar-indexed salaries to cushion workers against inflation that economists say reached 380% in September.

The unions said on Oct. 15. that the worst economic crisis in a decade – marked by 18-hour power cuts, soaring prices and shortages of foreign currency, fuel and medicines – meant they were unable to go to work.

“As a consequence of the above, the Apex Council is calling upon all civil servants to prepare for a massive protest march,” the council said.

In a letter to labor minister Sekai Nzenza, the union chair Cecilia Alexander and her deputy Thomas Muzondo said the demonstration would be held on Wednesday, when they would hand a petition to government.

Nzenza did not respond to calls seeking for comment.

Surging inflation has brought back memories of the horrors of a decade ago when 500 billion percent hyperinflation wiped out savings and forced the government to abandon its currency.

The planned march is a test for Mnangagwa, who is accused of using his predecessor’s heavy-handed tactics to stifle dissent after banning several opposition protests.

Critics say Mnangagwa, 76, lacks commitment to political reforms and tackling corruption but he has pleaded for time to bring the economy back.

Finance Minister Mthuli Ncube earlier told lawmakers that the economy is set to shrink by 6.5% this year – its first contraction in a decade – after a drought and power shortages.

Ncube said water in the Kariba dam, which can produce 1,050 MW, was so low that “we are dangerously close to a level where we have to cut off power generation”. Kariba was producing 122 MW on Thursday.

Zimbabwe would spend more than $300 million to import 840,000 tonnes of maize, after the drought left more than half the population in need of food aid, said Ncube.

He said the economy was projected to recover and grow 3% next year on the expectation that there would be better rains to power agriculture as well as improved foreign exchange inflows and electricity generation.

Power cuts have hit industry and mining, the biggest export earner. Earnings from mining fell to $1.9 billion between January and September this year, from $2.4 billion during the same period in 2018, central bank governor John Mangudya said.