As tensions between the beleaguered Zimbabwe government and the United States of America (USA) ambassador Brian Nichols continue to intensify – especially, in the wake of the latter’s recent flat denial of his administration’s responsibility for the imploding economic and political situation in the southern African country (through the imposition of the 2001 targeted sanctions), but placing the blame squarely on the former’s mismanagement, corruption and gross human rights abuses – one can not help but wonder whether Harare does not have only itself to blame for this sorry mess it is immersed.

Source: Zimbabwe govt abuse and bullying of own citizens pushing them right into the arms of the USA – The Zimbabwean 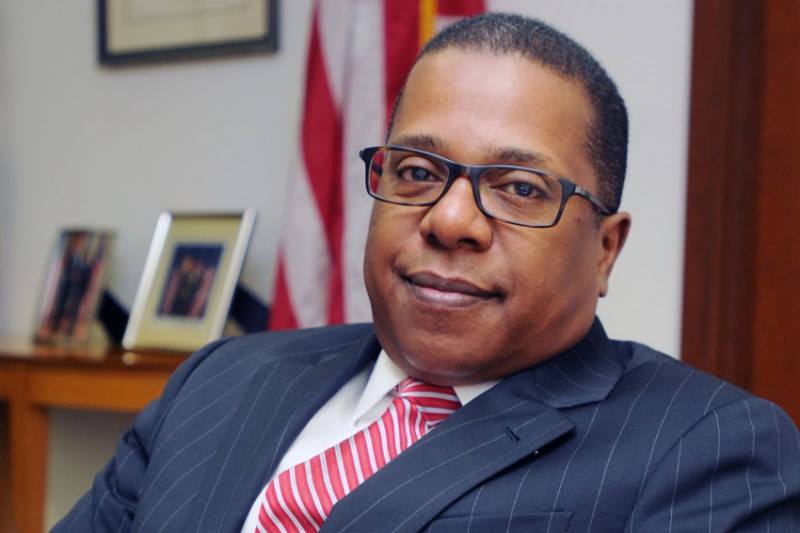 As we trace back to the genesis of the tensions between Harare and Washington DC, the question is, ‘did the Zimbabwe government’s own abuse and bullying of the country’s citizens, with seeming impunity, not responsible for US, and other western powers’, subsequent involvement in its affairs?’

This question can lead to a never-ending debate – akin to the ‘what came first – the egg or chicken’ – with one side of the political divide claiming that the US and her allies, at the instigation of Zimbabwe’s erstwhile colonial master Britain, were the first to poke their noses into our affairs, as a consequence of the confiscation of predominantly white-owned farms at the dawn of the millennium, for redistribution to previously disadvantaged and landless black people.

On the other hand, though, there will be those who will clearly say that the atrocious human rights abuses committed by the Zimbabwe government against its own defenceless and innocent people, and electoral fraud (that denied the same persecuted people a fair right to choose their own leaders), led to the involvement of ‘big brother’ to counter such callous violations of human dignity.

I, of course, having had been part of, and witness to, this whole ‘drama’ – as has every other Zimbabwean – would tend to believe those of the second assertion.

It would, however, be grossly disingenuous and downright deceptive of me if I were to deny the fact that Britain and her western allies were thoroughly infuriated by their kith and kins’ dispossession of their land by Zimbabwean authorities, especially without adequate notice and compensation – further aggravated by the gruesome murder of a number of them by so-called veterans of the liberation struggle who marched onto the farms and ordered them to vacate immediately – in the name of correcting ‘historical imbalances’ caused by colonialism.

Notwithstanding these obvious grievances by Western countries – led by Britain – the Zimbabwe government can not hide its own iniquitous behaviour towards citizens of this country who have dared speak out, or stand up, against economic mismanagement, systematic corruption, electoral fraud, and horrendous human rights abuses.

Therefore, whatever the true intentions by Western countries, especially the USA and European Union (EU), in imposing targeted sanctions against a number of top Zimbabwean officials and entities deemed associated with such objectionable vices that are clearly unacceptable in a modern civilised world, the truth can never be denied that our government has a lot to answer for.

Citizens of this country, who have had to endure nearly four decades of this government’s misrule and brutality – commencing in the 1980s Ndebele genocide, notoriously known as Gukurahundi (which witnessed the massacre of over 20,000 innocent men, women and children by the North Korean-trained 5th Brigade military wing of the Zimbabwe National Army), the further killings of hundreds mainly opposition Movement for Democratic Change (MDC) supporters in the 2000s by suspected veterans of the liberation struggle, party militia, and the military, the gunning down of scores of protestors and innocent bystanders on 1 August 2018 and January 2019 by suspected security forces (none of which have ever been brought to book, despite recommendations by the Mothlante Commission), and the alleged abductions of political and labour activists mostly in 2019 – can not care less what the West’s true motives are, as they have had enough abuse and welcome anyone who comes to their rescue.

Furthermore, the country is grappling with the worst economic meltdown in a decade – characterised by company closures, poor (or lack of) salaries, and high unemployment, shortages of such essentials as foreign and domestic currencies, fuel, electricity, potable water, medication in public health institutions, basic books at public schools, as well as ever-increasing prices of basic commodities, school fees, and all those things in short supply, well beyond the reach of the vast majority.

Whilst the people of Zimbabwe suffer under this unbearable and burdensome yoke of both political and economic transgressions by the government, those in power live on the other side of the spectrum – with top government officials affording most expensive medical treatment at the best health facilities overseas (even for simple ailments), their children learning at the most advanced schools in far away lands, some cabinet ministers residing in 5 star hotels for over a year just because they do not have houses in the capital Harare, the president hiring very expensive private jets from as far afield as Dubai to fly even within the country, reports of wanton and unchecked corruption in high offices, and so much more that requires a book of its own.

Yet, we are urged to ‘tighten our belts’, as we go through these tough times of austerity meant to ‘stabilise’ the economy. Really? Why should the ordinary – already long-suffering – people of this country be the only ones expected to be the sacrificial lambs in this atonement of the ‘economic demon’?

If the country is truly going through tough times – including, under the alleged ‘sanctions imposed by the West on Zimbabwe’ – where is the money for these top government officals’ extravagant lifestyles coming from?

Surely, if there is a cache of untold wealth stashed away somewhere, should we all not be sharing in this?

When then, the suffering, brutalised and oppressed people of Zimbabwe cry out to their natural brothers and sisters in the Southern Africa Development Community (SADC), we are greeted with scorn and treated as nothing less than a nuisance, at best, and puppets of the West, at worst.

Seriously, since when has crying out for help at the hands a tyrannical leadership ever equated to being a nuisance or puppets of some foreign imperialist power? Can those in SADC honestly tell the people of Zimbabwe – with a straight face – that they do not truly fully comprehend the political and economic dynamics in this country?

I do not think so. In fact, as with the majority of Zimbabweans, we believe SADC is nothing but a club which seeks to serve only the interests of those in power – with scant regard of the suffering of the region’s populace.

So, if – as with any other family, particularly an African one – we can not hope to receive assistance from the people we should run to first, then where do we go to?

Africans traditionally run to the family for help, should they face any problems, especially domestic abuse. Yet, when the family fails the aggrieved member, should they merely cry, suffer, and even die, in silence? Surely, not.

As much as it would be preferable to have our issues as Africans resolved strictly within the family structures, yet should that fail (especially, if the other family members would clearly be biased towards the abusive one), we are left with no choice, but the unenviable risky route of approaching ‘outsiders’.

This is exactly where Zimbabweans presently find themselves.

Therefore, whatever the true differences between the Zimbabwe government and western countries, we the ordinary people need all the help that we can receive. Besides, ever since the country’s independence, these same western countries, under the auspices of organisations as USAID, EU, SIDA (Sweden), CIDA (Canada), and so may others have been at the forefront of assisting us in times of grave problems as feminine, disease outbreaks, natural disasters, and so forth.

Additionally, these countries have been the main contributors to such United Nations (UN) agencies as World Food Program (WFP), World Health Organisation (WHO), United Nations Development Program (UNDP), and so many more that have been very instrumental in making our lives in this country a bit more bearable through their aid.

We are not exactly funs of our erstwhile colonisers – as our turbulent former relationship with them is not forgotten – but, where are we to run to, as they are the only ones opening their arms for us?

Harare authorities should, thus, spend less time fighting over us with the US, but instead urgently and sincerely address our grievances – of which they are the main perpetrators.

We can never be brutalised and suffer in silence.

Thus, if the Zimbabwe government wants to blame someone for the US and EU’s involvement in the affairs of this nation, then they should sincerely look in the mirror and point at themselves. Our brothers and sisters in the SADC region should also shoulder equal blame, as we have constantly and consistently cried out to them, only to be ridiculed. They have inadvertently pushed us right into the arms of the US.