When we were kids, we used to enjoy a certain joke, in which a bus was stopped at a checkpoint, where police officers started searching all the bags in the luggage compartment, when they came across one that contained illicit drugs. They then asked the passengers whose bag it was, to which a certain man seated at the back suddenly stood up shouting that it was not his, and neither were the drugs. Needless to say, the police immediately arrested him, as his reaction had been very suspicious, and pointed to his possible guilt. 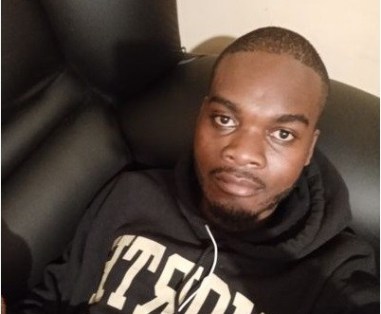 This joke has been on my mind recently, as it pertained to an isssue that is far from being a laughing matter – the government reaction to the alleged abduction of Zimbabwe Hospital Doctors’ Association (ZHDA) acting president Peter Magombeyi over the past week.

As much as Magombeyi has since been ‘found’, apparently dumped by his abductors some 40 kilometers outside the capital Harare, he is still undergoing the relevant intense medical examinations by both his own private and government doctors, under the supervision of his lawyers and the police.

Law enforcement agents have, however, not yet had the opportunity to interview him regarding the alleged abduction, as they await the finalization of medical examinations – but, public opinion has expectedly been polarized as to exactly what happened to the doctor. On one hand, there are those who have already concluded that the state had a hand in this, but obviously the state and its sympathizers have been categorically dismissive of such claims.

However, there is absolutely no way of reaching a definitive conclusion without the alleged victim being interviewed by the police, and subsequent thorough investigations being carried out.

Without the alleged victim having been formally interviewed by the police, and no conclusive evidence having been availed, the government and its various mouthpieces have been issuing out rather troublesome and worrisome statements ever since the alleged abduction took place.

As much  as anyone who finds him or herself being unfairly and wrongly accused of a crime has every right to pronouce his or her innocence, but the outright panicky manner in which the government has gone about this matter raises some serious questions.

It is one thing denying one’s involvement in a crime, but it is completely something else going full throttle trying to discredit the entire crime – well before any thorough investigations have even commenced.

Why the panicky reaction?

If someone believed that they were being wrongly accused of, for instance, stealing from a bank, why then go all the way even questioning the authenticity of the theft itself without waiting for investigations to be completed?

Why not just proclaim one’s innocence, and stop there? As with every accused person’s right – he or she is presumed innocent until proven guilty – the burden of proof being entirely on the plaintiff.

Yet, what we have been witnessing from government circles has been nothing short of something akin to the joke I mentioned earlier – with claims ranging from there being an unseen and unproven ‘third force’ behind the surge of abductions witnessed this year, to accusations of self-abductions – both bent on tarnishing government image in the face of the United Nations General Assembly summit starting this week – and even questioning the initial statements made by Magombeyi soon after he ‘resurfaced’, especially his phone battery still being functional after five days of abduction, and his ability to recall being held in a basement being tortured using electricity, yet being forgetful of nearly everything else.

The government and its mouthpieces even questioned why it would shoot itself in the foot by abducting someone, whilst on a ‘re-engagement’ drive with the international community.

Well, let us start by poking holes in the latter assertion by government. When Zimbabwe attained independence from Britain in 1980, one of its first missions was to engage the international community in order to seek acceptance as a civilized member of the global family – by shedding off the ‘terrorist’ tag that had been hounding the former liberation movement during the struggle days.

Yet, what did this newly independent ‘civilized’ government do?

It launched a brutal genocidal massacre of over 20,000 innocent men, women and children in the Matebeleland and Midlands provinces from 1983 to 1987. That was surely not the behavior of a government on the path of ‘reconciliation’ and ‘re-engagement’.

Thus, if the government could engage in such brazenly brutal acts, in the midst of polishing up its image, what is to stop them from abducting supposed ‘enemies’, including labour rights activists who are merely exercising their constitutional right in clamouring for better wages and conditions of service?

This is on top of the alleged threats that these same labour activists had been receiving prior to the supposed abductions – threats that were seemingly never investigated satisfactorily.

Secondly, the fact that Magombeyi’s phone still had a usable battery after days of abduction should never surprise any right thinking person. To begin with, anyone who is abducted is abducted for a reason – and as such, if Magombeyi was abducted as a supposed ‘enemy of the state’, then his abductors would surely want to obtain as much information from him as possible in relation to his activities, contacts and communications – his phone being the best place to start.

Would that then not mean his alleged abductors keeping his battery well charged, during the cumbersome process of going through all the information in his phone – a process that can take a very long time, especially if it is encrypted.

Therefore, why would it be a huge mystery is his phone battery was still functional when he ‘re-emerged’?

Besides, his alleged abductors could have simply switched off his phone during the course of the abduction – as even his colleagues attested to the fact that he was unreachable. If my own phone’s battery longevity is to be taken into consideration, when switched off it can last for more than a week.

In the same vein, if the abductors intended to eventually release Magombeyi – and possibly make it appear as if the doctor had simply vanished on his own accord – they would certainly dump him together with his phone – as well as, all his other belongings.

On the issue of Magombeyi’s ability or inability to remember only certain aspects of his alleged abduction, this is a matter that only doctors who are examining him can conclusively say – however, if he had been drugged by his abductors, surely would he not experience such memory lapses?  I am certain that those who have experienced heavy drinking in their lives would confirm that there are periods of blackouts – characterized by rememberance and non-rememberance of certain things that occurred whilst drunk – the most traumatic or emotionally-charged likely to be more readily remembered than others.

Thus, if Magombeyi can recall being in a basement and being tortured using electricity, yet virtually remembers nothing much else, I would ssume that, as probably the most traumatic part of his alleged abduction, that would be ingrained firmly in his memory more than other aspects.

Moving on to the issue of blaming a ‘third force’ or even self-abduction in an effort to tarnish the human rights record of the government, especially with the impending UNGA summit this week, and the visit by the UN special Rappateure to the country last week – only thorough investigations by law enforcement agents, coupled by substantive evidence, can conclude for certain.

However, circumstances put a dent to such allegations. Firstly, as a fair number of both labour and opposition activists have alleged receiving threatening phone calls and messages, containing the senders’ numbers, to what extent have investigations into the subscribers registered under those numbers gone? Once those people have been identified, it can be ascertained who was, and is, truly behind these alleged abductions.

The theory that these supposed abductions are intended to tarnish the human rights record of the government, ahead of important visits and global events, can only be verified once those who sent the threatening phone calls and messages – and subsequently, the abductors – have been identified and convicted.

If the intention of the alleged abduction was to tarnish the human rights image of the government ahead of the crucial visit by the UN special Rappateure, and UNGA summit, then why release Magombeyi at the climax of this plot – when the issue was gaining the ‘desired’ global momentum – well before the UNGA summit commenced and the special Rappateure compiled his report?

That simply does not add up. If supposition is to be thrown upon another supposition,  then the ‘early’ release of Magombeyi would, in fact, have served to tone down the pressure on the government.

Of course, as much as these are merely assumptions – to be expected in an educated and democratic society – that will never be a substitute for thorough investigations by law enforcement agents, which we understand will start with the questioning of Magombeyi after his medical examinations.

However, the different reactions to his supposed abduction have expectedly ignited fierce debate in the country, and other reactions have raised more questions than answers.