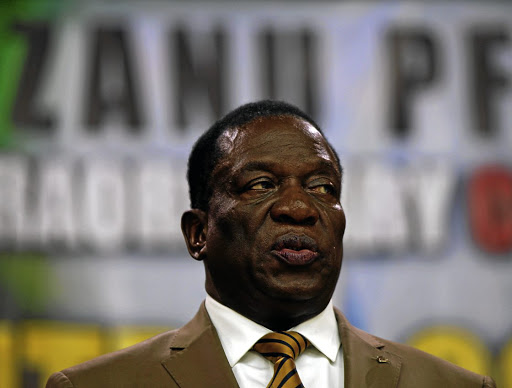 Harare — Zimbabwe’s government says it is on the verge of completing a land audit that will correct some of the mistakes made under the country’s chaotic land reform.

President Emmerson Mnangagwa has admitted that the country’s land reform was flawed and has taken steps to correct land injustices, including a plan to work with the expelled farmers.

The Commercial Farmers Union, a grouping of mainly white farmers in Zimbabwe,  said only 300 white farmers have accepted the government’s compensation offers.

The land audit  is expected to flush out multiple farm owners and unproductive farmers and redistribute the land to competent farmers.

Addressing Zanu-PF’s annual conference which ended at the weekend, President Emmerson Mnangagwa said the land audit is almost through.

“We are just left with about three provinces to complete the land audit. The ongoing land audit by the land commission should result in more land being availed for further redistribution. There is greater need to mechanise our agriculture, introduce new adaptive seed varieties and new farming methods.”

White farmers say the land audit would get more traction if government finalises the thorny compensation issue. In the 2019 budget, government allocated US$54m to pay off the farmers but the CFU says this figure is below expectations.

In an interview with Business Day, CFU director Ben Giplin said only 300 out of  an  estimated 6,000 white farmers have accepted the payments.

“Since the start of the process the government has made small budgetary provisions towards compensation. Probably less than 300 farmers have accepted offers or been paid anything. Most of those were paid out before 2009 under severe hyperinflation.

“For those who have accepted payment, most do so under duress because either poverty or illness drives them to accept the discounted amounts offered that exclude payment for land. The provision in this budget may well be focused at settling payments to Dutch nationals or other Bippa (Bilateral Investment Promotion and Protection Agreement)  holders as a necessary move to restore international relationships,” he said.

Giplin advised Zimbabwe’s government to uphold property rights of farmers as this would help attract funding for the agriculture sector which is not receiving support from banks.

“At the same time the state has provided substantial finance to agriculture and resettled farmers in the form of inputs, subsidies and price incentives, as well as funding for equipment.”

Much of this support has been financed through the issue of financial instruments that have increased money supply.

Much of this expenditure by the state has been a  result of the reluctance of banks to lend directly to farmers. This is  because of the nonexistence of property rights and the fact that resettlement beneficiaries  do not have  the skills to produce profitably.