Zimbabwe has an economic and political problem: Naledi Pandor

Source: Zimbabwe has an economic and political problem: Naledi Pandor – The Zimbabwean 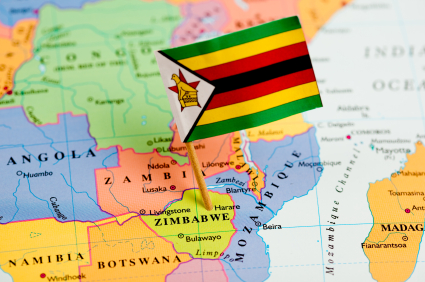 Zimbabwe insists it has no problems warranting external interference, but Pandor said President Emmerson Mnangagwa must open up to South Africa’s offer to help the country get out of its current crisis marked by a collapsed economy and escalating human rights abuses and arrests of the Zanu PF leader’s critics, including journalists.

“We all know that Zimbabwe has various economic challenges and that their current situation impacts on South Africa because many Zimbabweans come to seek a livelihood in South Africa. We have to work with Zimbabwe in order to address that economic situation and find a way of helping to reverse the current situation so that the citizens of Zimbabwe can happily return to their country,” Pandor told Radio 786 on Friday morning.

President Cyril Ramaphosa of South Africa dispatched three special envoys to Harare to meet with Mnangagwa and his rivals, but the envoys returned to South Africa after only seeing Mnangagwa who reportedly insisted that there was “no crisis in Zimbabwe” and blocked them from meeting opposition parties and other interest groups.

Zimbabwe’s information minister Monica Mutsvangwa, in a statement on Thursday, insisted that the arrival of the envoys in Harare was “at the peer to peer level of brotherly Heads of State of two sister nations that enjoy excellent diplomatic bilateral relations” – contradicting a statement from South Africa’s presidency which specifically said the envoys’ mission was to meet with the government of Zimbabwe and “other relevant stakeholders.”

But Pandor disagreed Friday, insisting that there were problems in Zimbabwe. She hoped that Ramaphosa’s envoys would be allowed to return to Harare soon.

“There’s a political problem, it’s undeniable, it’s there and the people of Zimbabwe have to find a solution to it. We as South Africa are ready to assist. We sent envoys there because there has been a huge concern about reports of abuse of human rights, imprisonment of opposition MPs and many other concerns which have been directed at the presidency and my department,” Pandor said.

“So, we are not distressed that the full expectation was not met in this first visit. This is something we must continue to work at. As I said, the situation of Zimbabwe impacts on South Africa and so we have to continue meeting with, talking to (the Zimbabweans) and attempting to resolve the problems there in order to address our own situation and focus on the challenges of South Africa.”

Mutsvangwa, speaking a day earlier that Pandor, bristled at what she saw as undue interference by Ramaphosa – the leader of Africa’s most industrialised economy and current chairman of the African Union.

“Zimbabwe is a peace-loving country which does not interfere in the affairs of other sovereign states and their interactions with their citizens. It therefore desires to be accorded the same courtesy,” she thundered.

Pandor countered: “We of course respect the sovereignty of Zimbabwe, it’s very important, but there is a reality, go to our border posts and see how many Zimbabweans wish to come to South Africa and mainly for economic reasons.

“So, it is in South Africa’s interests, given our current economic situation, that we do continue to have discussions, keep a very dynamic link with Zimbabwe and assure their government that we are not seeking to interfere in their internal matters but we would like to work with them to find a solution that works with their current context.

“If they feel we cannot help, we will hear that from them but my understanding is that the discussions (with the envoys) were cordial and indeed that the desire of President Ramaphosa that there be meetings with individuals and organisations other than the government, this was communicated by the envoys.”