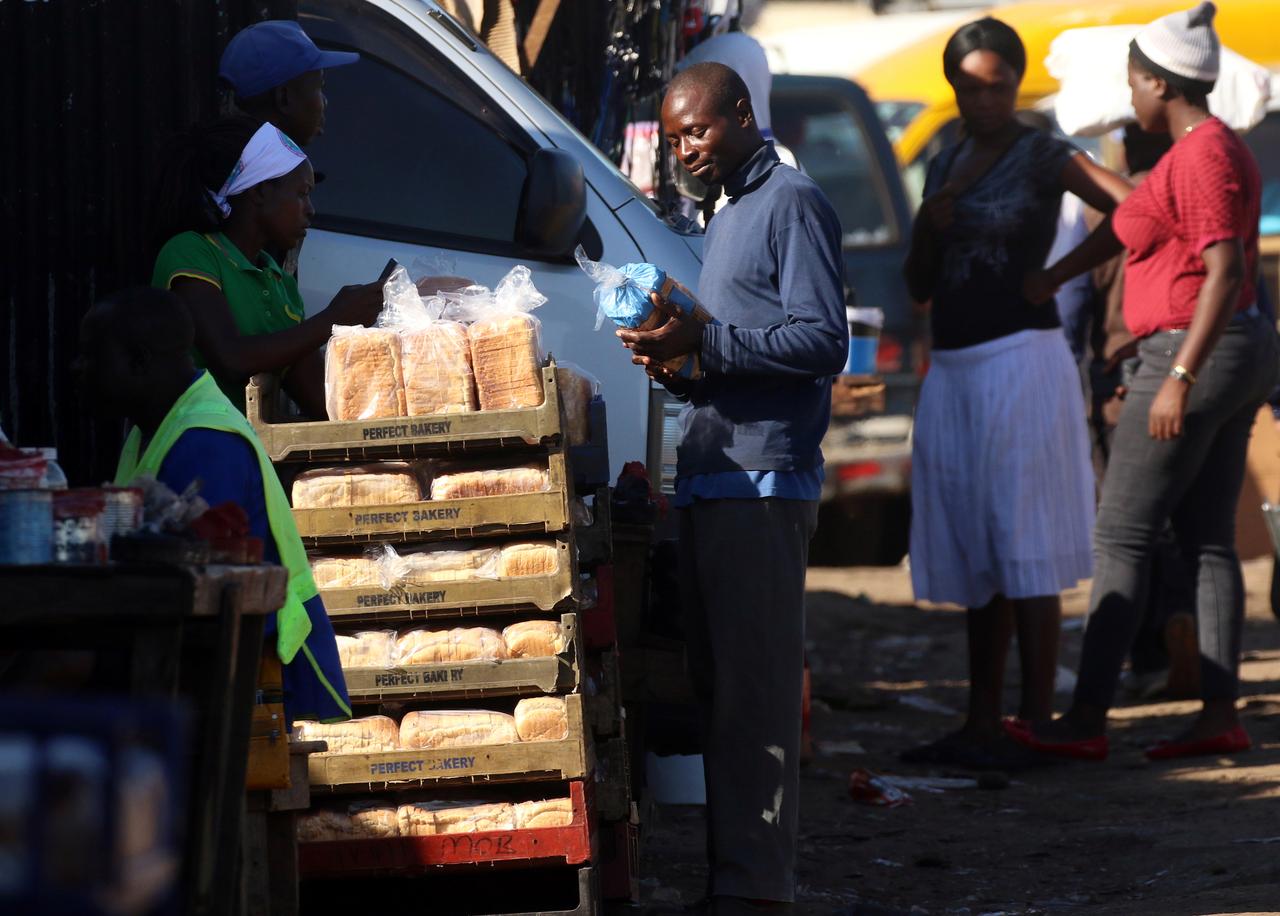 HARARE (Reuters) – The price of bread nearly doubled in Zimbabwe on Tuesday, another burden for citizens already struggling with a weakening currency and rising prices for basic goods.

Bread now costs 3.50 RTGS dollars a loaf, up from 1.80 on Monday, according to prices displayed by most shops visited by Reuters in the capital, Harare.

“Bread has now become a luxury. How many people can afford it at this rate?” said Sarah Chisvo, a mother of three who was picking up groceries in a supermarket in central Harare. “The government needs to do something before this gets out of hand.”

Zimbabwe ditched its own currency for the U.S. dollar and other currencies in 2009, after hyperinflation reached 500 billion percent the previous year.

In February, faced with acute shortages of U.S. dollars, Zimbabwe introduced a new currency, called the Real Time Gross Settlement dollar. The RTGS has been losing value ever since, forcing companies to increase prices .

Year-on-year inflation raced to 66.8 percent in March, up from 59.39 the previous month, according to statistics agency Zimstats.

On Tuesday, the RTGS dollar was trading at 3.19 to the dollar on the interbank market and 5 on the black market. That means a loaf of bread costs about 70 U.S. cents a loaf, in a country where the average income is around $4 a day.

Bread is the most consumed staple after maize meal, and the increase follows that of other products like cooking oil, sugar and milk. In January, a fuel price increase led to protests that left several people dead following a military crackdown.

Zimbabwe is suffering from the twin effects of drought and a cyclone that wrecked the eastern parts of the country. That means the country needs to import food using scarce dollars, which will put further pressure on the exchange rate and prices, analysts say.