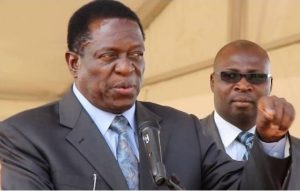 As the country prepares for the first post-Mugabe elections, the United States and its allies must use all the leverage they have to demand genuine reform.

Zimbabwe is set to hold a national election next month. For the first time in several decades, Robert Mugabe, who ruled the country for 37 years, won’t be on the ballot for his Zanu-PF party. The 94-year-old former president was reportedly airlifted to Singapore for medical treatment earlier this month.

Mugabe had been Zimbabwe’s first and only leader since the country became independent in 1980. Last November, he tried to pave the way for his wife to succeed him. But that was a bridge too far for the military, which had enabled Mugabe to silence and kill political opponents while looting his country’s coffers for a generation. Mugabe was sent packing, and Emmerson Mnangagwa, his former vice president, was installed as president.

Last Saturday, there was an explosion at a Zanu-PF rally in Bulawayo, which President Mnangagwa has alleged was an assassination attempt. Even for a country with a long history of political violence, a bombing at a political rally is unprecedented. While the perpetrators, their targets, and their motives remain unknown, some say it was an inside job, and the president has said he knows the assailants.

The incident has raised the stakes and generated serious fears about the likelihood of peaceful elections. Mnangagwa has called for calm and ruled out the postponement of the July 30 election, though this is unlikely to allay concerns of further violence, reprisals, and retaliation.

The presidential election could be a positive step toward true democracy in Zimbabwe, but only if it is free and fair.

The government must undertake serious reforms and provide assurances to ensure that free, fair, and peaceful elections happen, but that’s looking increasingly unlikely.

This is a moment when the international community has enormous leverage and must push for as much reform as possible immediately. For many years, the United States has relied, with mixed success, on the Zimbabwe Democracy and Economic Recovery Act, enacted in 2001, which imposes restrictions on U.S. companies and public institutions conducting any business with specified individuals, organizations, and companies connected to the Zimbabwean government.

Needless to say, the act, like other measures imposed by America’s European allies, ostensibly targeted the political and security establishment and therefore remains unpopular among the ruling elite in Zimbabwe. Opinions are divided on the efficacy of sanctions. Some Zimbabweans see them as a blunt instrument that has had unintended consequences for the civilian population. Others believe they provide leverage to encourage political change. But now is the time to demand true reform.

It is important to recall that Mnangagwa was Mugabe’s right-hand man for more than 50 years, going back to the time of the country’s war for liberation

He is therefore directly implicated in all that went wrong during Mugabe’s rule. But Mnangagwa is now saying all the right things. He is pleading for foreign investment and promising to protect civil society and human rights activists. Mnangagwa wrote earlier this year in the New York Times that he wants to build “a country with a thriving and open economy, jobs for its youth, opportunities for investors, and democracy and equal rights for all.”

To help Mnangagwa turn rhetoric into reality, the international community, including the United States, must apply consistent diplomatic and political pressure. More than anything, Mnangagwa wants the international community to bless the election as credible, especially if he wins. After the vote, the winner will be secure in office and less likely to take steps to cede or dilute his power.

For its part, the opposition is divided; there are a total of 23 candidates, including Mnangagwa, vying for the presidency. Following a split between the late Morgan Tsvangirai’s erstwhile deputies, Thokozani Khupe and Nelson Chamisa, his MDC-T — the largest opposition party — has formed an alliance with several other parties, with the 40-year-old former student leader Chamisa as its candidate.