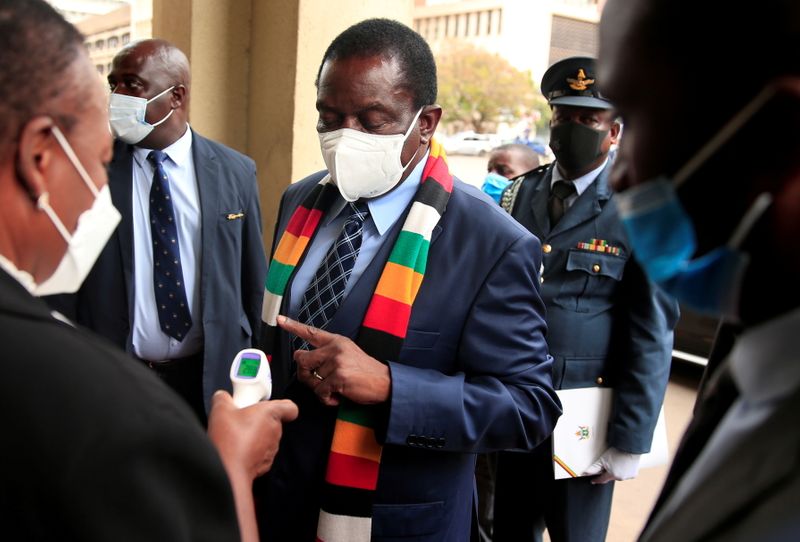 HARARE (Reuters) – Zimbabwe’s parliament approved legislation on Tuesday removing a clause in the constitution on electing vice presidents, a move which the opposition says is intended by President Emmerson Mnangagwa to concentrate power in the presidency.

The parliament also extended the tenure of senior judges, who will now be appointed by the president in consultation with the judicial service commission, instead of being subjected to public interviews as is the case now.

In 2013, Zimbabweans voted for a new constitution including a clause stipulating that the vice president should be elected together with the president, but the clause was suspended for 10 years in a compromise between the ruling ZANU-PF party and the opposition.

ZANU-PF used its two-thirds majority in parliament on Tuesday to remove the provision, saying that electing vice presidents as well as the president would create multiple centres of power that could destabilise the government.

The removal of the clause means a president will continue to appoint his or her deputy and that in the event of the president dying in office or being incapacitated, the ruling party will convene to choose a successor.

The lack of a clear succession plan in ZANU-PF led to a coup in 2017 by the military, which supported Mnangagwa and was opposed to a faction that had coalesced around the wife of the late former leader Robert Mugabe.

Under the changes affecting the judiciary, judges of the Constitutional Court and the Supreme Court will now retire at 75, instead of at 70, and only judges seeking to be appointed to the bench for the first time will undergo public interviews.