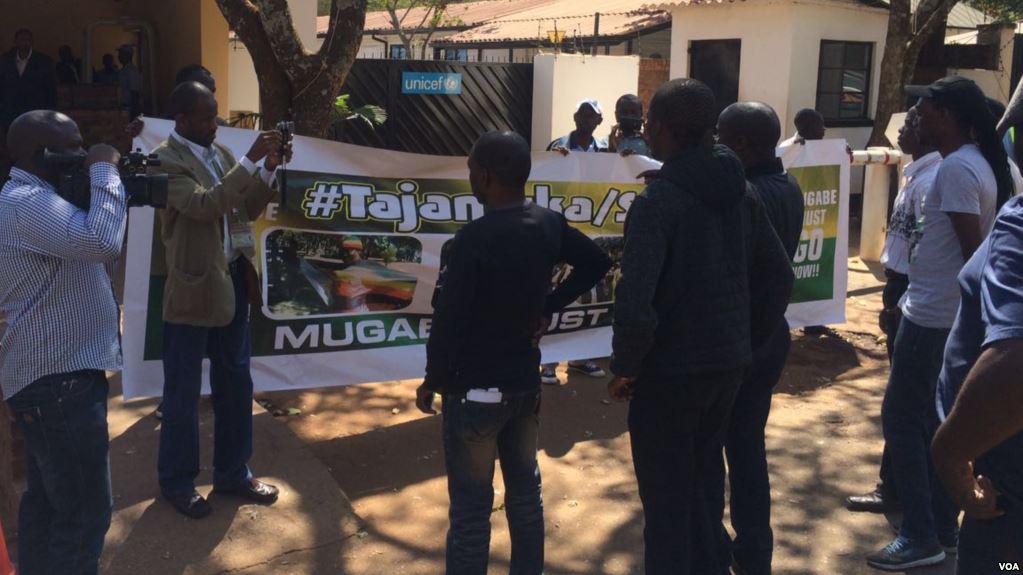 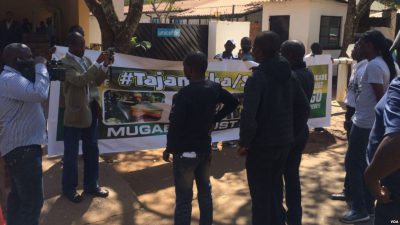 WASHINGTON — Zimbabwean protest group, Tajamuka-Sesijikile Campaign, says it has deployed what it calls “a crack team” of its members in Chitungwiza’s Unit N where Movement for Democratic Change supporters are being brutalized by suspected ruling party activists, demanding voter registration slips.

In a statement, Tajamuka Sesijikile Campaign said, “The crack team has been in Chitungwiza since morning (Tuesday) doing their surveillance in the area. We would like to thank the other Zanu PF faction which assisted us with necessary information soon after their meeting at Makoni Shopping Centre this afternoon (Tuesday) for being very cooperative.

“We want to assure all opposition supporters in Chitungwiza to remain calm as the young people’s movement is in the area to protect all citizens. Where government fails to honour its responsibility to protect citizens, the young peoples’ Campaign will deliver peace for citizens of Zimbabwe.”

Tajamuka-Sesijikile Campaign warned that it would take drastic action against suspected Zanu PF youth involved in the politically-motivated violence.

Zanu PF activists are said to be demanding that MDC-T activists should surrender serial numbers of voter slips to them in order to monitor the voting process in next year’s general elections.

Indications are that they are doing the same in most parts of the country, stressing that it will be easy to see how people vote when they get voter registration numbers from potential voters before the 2018 polls.

Zanu PF spokesperson Simon Khaya Moyo and police were not reachable for comment.

MDC-T, several opposition parties have condemned the violence in Chitungwiza, saying it does not make a good reflection on the forthcoming elections.

The Zimbabwe Human Rights Association also condemned the politically-motivated violence saying it is barbaric and designed to intimidate opposition supporters ahead of the polls.

“THE Zimbabwe Human Rights Association (ZimRights) calls for early signs of political violence in the country to be taken seriously by the authorities and all stakeholders ahead of the 2018 elections. Previous elections in Zimbabwe have been, more often than not, violent, and it is worrying to witness incidences that indicate the resurgence of political intolerance and violence.

“The manifestation of violence negatively affect the participation of citizens in electoral processes, including the Biometric Voter Registration (BVR), and ultimately affect the freeness of the forthcoming elections.”

ZimRights said the violence was a gross infringement of the Constitution and constitute a blatant criminal act which should not be tolerated.

“ZimRights calls upon all stakeholders such as the Zimbabwe Republic Police, the Zimbabwe Electoral Commission and the Zimbabwe Human Rights Commission to play their public role in maintaining the rule of law and entrenching the enjoyment of human rights by everyone regardless of political identity.”