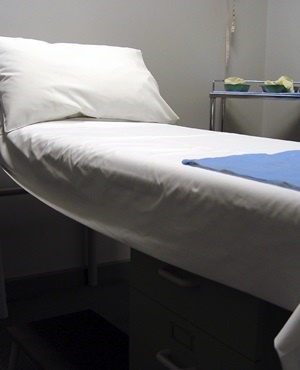 Harare – An emergency tray at a public hospital in Zimbabwe stands empty, for medical supplies have run out – one example why President Robert Mugabe‘s brief appointment as WHO “goodwill ambassador” provoked such outrage.

Under Mugabe’s rule, life expectancy in Zimbabwe dived from 61 in 1985 to just 44 in 2002, before recovering to 60 today, due largely to international aid.

The major causes of the country’s health crisis have been the collapse of healthcare, falling standards of living as the economy has crumbled, and the struggle to tackle HIV-Aids, experts say.

At the large public hospital near the capital Harare, doctors say syringes, surgical gloves and basic painkillers are all in short supply day-to-day.

They requested that the hospital’s name was not used to avoid repercussions from government officials.

Last week a medical team at the facility was forced to delay a caesarean section because there was no running water for doctors and nurses to wash before surgery.

“We had to wait about three hours so that water could start coming out of the borehole,” a nurse said.

Such realities meant that Mugabe’s appointment last week as “goodwill ambassador” for the World Health Organisation (WHO) for non-communicable diseases in Africa was greeted with disbelief and anger.

As criticism spread globally, the nomination was abruptly rescinded.

But Zimbabweans were left shocked at the UN agency’s apparent ignorance about life under Mugabe.

‘How could WHO reward Mugabe?’

“It’s non-functional in so many aspects. In medical terms, we could say it’s in intensive care and this is mainly due to lack of funding from government,” he told AFP.

“If you knew these hospitals more than 10 years ago, you wouldn’t believe the extent of the dilapidation.”

The health ministry was allocated $208 million in this year’s budget – far less than the $340.5 million given to the defence ministry.

When the appointment was announced last week, WHO chief Teodros Ghebreyesus hailed Zimbabwe as “a country that places universal health coverage and health promotion at the centre of its policies.”

But local activists, public health experts and key WHO donors like Britain, Canada and US all condemned the move.

“How could WHO reward Mugabe for this?” Chrispen Magogo told AFP, pointing to a rusty stretcher and broken wheelchair at the entrance to a ward at another Harare hospital where he was visiting his mother.

“People come here because they have no choice and most survive by the grace of God, not because the system is working.”

As graffiti sprayed outside the UN agency’s Harare offices over the weekend said: “Thanx WHO. Don’t do it again. We’re watchin'”.

The state-run Herald newspaper had earlier celebrated the appointment with the headline “New feather in President’s cap”.

But when WHO reversed its decision, the government said that he knew nothing about the role and would not have accepted it anyway.

The government’s apparent embarrassment and confusion offered little comfort to Zimbabweans, who often point out that Mugabe, 93, and his family choose to go abroad to receive medical treatment.

“We have a broken health system and that is why the appointment was a complete surprise,” Calvin Fambirai, director of Zimbabwe Association of Doctors for Human Rights, told AFP.

“This is a president whose human rights record is not up to scratch. It was wrong to elevate a person with such a reputation.”

Mugabe has ruled the country since independence from Britain in 1980, and is often accused of violent repression, systemic corruption, election rigging and presiding over the country’s economic ruin.

Many patients at public hospitals pay for their own medicine and treatment, though cash is desperately short after the economy has halved since 2000.

Munatsi said that doctors are underpaid, but they often buy extra supplies out of their salaries.

“You look at a patient dying before your eyes and the next thing you end up taking money from your own pocket to buy drugs to save a life,” he said.