I understand perfectly well why nearly all my friends, colleagues, and those I interact with, say that they do not watch the state broadcaster, ZBC (Zimbabwe Broadcasting Corporation) television – with most talking in terms of years, and unequivocally expressing their utter disdain for the inept, and grossly flawed shoddy service, which is not limited to news and current affairs, but every other programing. 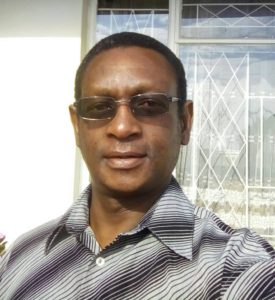 Notwithstanding the unpardonable, torturous, insufferable amateurish productions, I have relentlessly urgent my comrades to endure the traumatic experience of watching ZBC TV, as that is where all the Zimbabwe government’s incompetence, hypocrisy, and cruelty is laid bare for all to see.

In fact, most of my writings are inspired by what I witness on state television, more than any other form of media – as that is where I see just how ruinous and rotten this ruling lot truly is.

The latest in this seemingly unending long list of bungling, double-standards, and cold-heartedness by the country’s supposed leaders – who have done nothing for the citizenry, except lead them down the slippery slope of poverty, suffering, and death – has been the wanton disregard of COVID-19 WHO (World Health Organization) guidelines and protocols, meant to curb the pandemic and protect the population.

Whilst, this regime loudly preaches the proper wearing of face masks, regular hand washing and sanitization, and social (physical) distancing – with a lockdown and curfew still in place (in fact, the district of Kwekwe recently having been placed on a more stringent localized lockdown, after the detection of the Indian variant [B.1.617]) – leading to the arrests of tens of thousands of violators, those in power appear to be governed by a whole different set of laws, since they have been actively violating everything they have been preaching…as if in an act of childish spitefulness towards the population, to show who is boss.

I, honestly, would never lose any sleep if these people – who have callously turned the lives of millions of Zimbabweans into a living hell – decided to place their own lives in great peril.

Nonetheless, placing the same citizenry, who have already endured untold suffering and unspeakable repression at the hands of the same ruling elite, in more danger, is clearly enraging, unacceptable, and horrendous.

Yes, no one in the country can claim not to understand the length, width, height, and depth of this regime’s barbarity and savagery – however, placing the already subjugated people of Zimbabwe right in the line of COVID-19 fire, is simply taking this evil to a whole new brutal level.

Honestly, what manner of people would do that?

Just this past few days, we have witnessed – thanks to ZBC – a huge Culture Day gathering (possibly, in the hundreds) in the town of Gokwe, where the country’s president Emmerson Dambudzo Mnangagwa, went as far as commending the people for attending in their droves, as that showed how much they supported their leadership.

This, mind you, was only a few kilometers from the city of Kwekwe – on the same day (Friday, 21 May 2021) on which the localized lockdown was announced – not to mention the already pertaining national measures and regulations prohibiting gatherings of more than fifty people – and, from the visuals kindly provided by the same ZBC, there was hardly any social distancing.

Again, by the wonderful generosity of the state broadcaster, we were treated to more cold-heated acts by our leaders, when a ruling ZANU PF women’s league rally was held in the town of Chipinge, whereby some of its high ranking officials as Monica Mutsvangwa (who is also information minister, and whose role includes, spreading the message on COVID-19) addressed clearly more than fifty party faithfuls over this weekend.

Not to be outdone, the president was back, this time around officiating at the memorial service for the late agriculture minister, and retired air chief marshal Perrence Shiri – himself, a casualty of COVID-19 – where, an all-too-familiar huge gathering was witnessed.

I can just imagine what else was happening across the country, which ZBC cameras did not capture – since, it has become common knowledge that the ruling elite are flouting these COVID-19 regulations with reckless abandon, and with callous impunity, whilst risking their supporters’ lives.

If those in power believe that they are invincible – in spite of losing quite a number of them to the pandemic – they can go ahead with their impudent and suicidal behavior (honestly, I could not care less), but not caring about the lives of their own thousands of followers, who continue to provide them with blind support (regardless of the hatred and uncaring clearly showed them by their masters) is unforgivable.

One could be tempted to blame those who attend such events, even knowing the dangers posed – however, we need to understand one crucial aspect of Zimbabwean politics: most of those seen at ruling party, and government activities (especially, officiated by most senior officials) are forced into attending.

Of courses, there are those who are just brainwashed and indoctrinated, and would even walk on burning charcoals, or readily dive off a cliff into the ocean, for their leaders – or, due to state-authored impoverishment, would be attracted by the promise of food handouts.

These levels of open and conspicuous impunity, arrogance, and lawlessness bring up another chilling question – if those in power can display such depths of immorality and despicable violations of the law, without even an iota of conscience, or being held to account – what other distasteful and criminal activities are they doing under the cover of darkness, and away from our eyes and ears?

What stops them from freely looting and plundering our national resources – whilst, leaving the country bankrupt, workers poorly paid, and general impoverishment?

If they can get away with violating COVID-19 regulations, which has seen tens of thousands poor Zimbabweans arrested, what else can they get away with?