Zimbabwe: TelOne and NetOne to be privatised by the end of the year

To raise money, the Zimbabwean government is going to sell of stakes in telecoms and other major companies.

Source: Zimbabwe: TelOne and NetOne to be privatised by the end of the year | The Africa Report.com 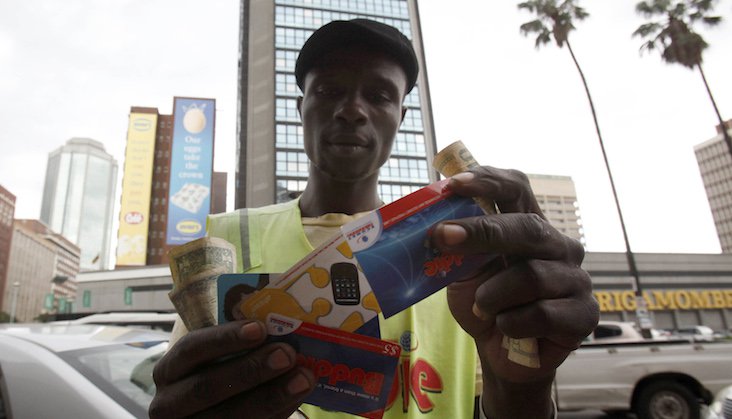 Launched in a wave of privatisations with the ambitious objective of reducing the country’s budget deficit from 12% to 5% of GDP, the Zimbabwean government intends to privatise the country’s two main telephone and internet operators TelOne and NetOne by the end of the year.

This was announced by finance minister Mthuli Ncube on 10 July during a public meeting in Harare.

As a result of this move, the government will retain 26% of shares in each of the entities in order to be able to “block certain decisions”, thanks to these “effective minority shareholdings”. While nothing has yet been formalised, the minister suggested to the Zimbabwe Independent newspaper that South Africans MTN and Telkom and Isabel Dos Santos, the Angolan businesswoman and daughter of the former president, had already expressed their interest.

“Initially, we wanted to privatise these (TelOne and NetOne) as separate entities then we decided to do them as a package so we had to get an adviser for both transactions as one and that step takes quite a while,” the minister told the paper. According to some unidentified reports cited by TechZim, the amount of this double privatisation could easily reach $300m.

According to the same site, TelOne, created in 1980 and the country’s second-largest mobile phone operator, is still losing money despite improving results, mainly due to unpaid bills from its government customers. On the other hand, the leading internet service provider, NetOne, founded in 1996, seems to be in better shape, with profits of $10m in 2018.

43 state-owned and parastatal companies to be privatised

These privatisations are part of the transitional stabilisation programme launched in October 2018 by President Emmerson Mnangagwa, which foresees the eventual sale of shares in 43 state-owned and parastatal companies.

Since the 2000s, the Zimbabwean economy has been . Affected by the hyper-inflation characteristic of the Mugabe period, Zimbabwe’s President from 1987 to 2017, the country had to face severe political, economic and humanitarian crises.

Elected in November 2017, President Emmerson Mnangagwa has since attempted to reform the national economy, regularly provoking major protests. At the beginning of the year, he announced the recovery of the Zimbabwean dollar in 2019, following its suspension in 2009 by his predecessor Robert Mugabe, in favour of the US dollar and other regional currencies.