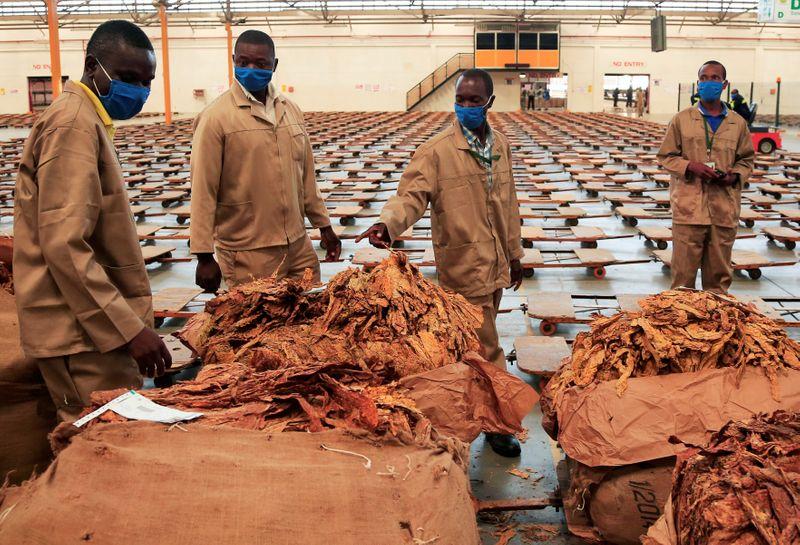 HARARE (Reuters) – Zimbabwe expects sales of tobacco, its biggest agricultural export, to increase by 8.7% this year after the southern African country received its highest rainfall in three years, the industry regulator said on Wednesday.

Last year, tobacco exports earned $782 million, only behind gold and nickel matte, according to official data.

Zimbabwe’s tobacco farmers sell their crop at auction floors in the capital Harare and to contracting companies, which then export it, mostly to China.

Tobacco Industry and Marketing Board data showed this year’s tobacco sales will reach 200 million kilogrammes from 184 million kgs last year, when output fell due to drought.

“With a more stable macro-economic environment this selling season and no fixed exchange rate, growers should clearly get better value for their effort,” Masuka said at a ceremony to mark the start of the tobacco selling season.

He said the government was targeting to increase tobacco production to 300 million by 2025.

After the collapse of Zimbabwe’s commercial agriculture following the government’s seizure of land from many white farmers in 2000, tobacco has emerged as the most successful sub-sector.

Most of the growers are contracted by private companies to produce the crop and receive seed, fertilisers and chemicals, helping to boost output.