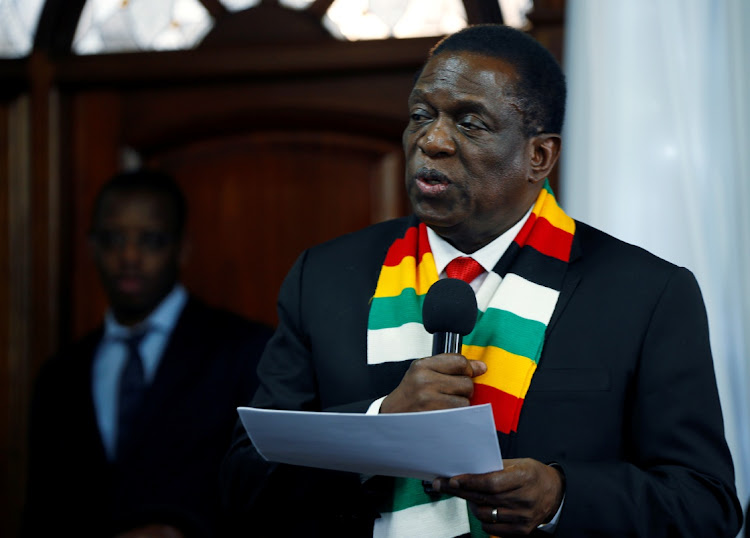 President Emmerson Mnangagwa’s bid to re-engage with the Commonwealth took a knock on Monday when the UK’s ambassador to Zimbabwe, Melanie Robinson, ruled out the possibility.

Zimbabwe left the Commonwealth, a 53-member grouping made up largely of former British colonies, in 2003 at the height of late former president Robert Mugabe’s violent land reform programme. SA is a member of the grouping.

Since succeeding Mugabe in November 2017, Mnangagwa has targeted rejoining the Commonwealth as one of his major foreign policy priorities as he seeks to improve relations with Britain and other western states and break Zimbabwe’s international isolation.

Speaking to journalists after a meeting with Vice-President Constantino Chiwenga in Harare on Monday, Robinson said Zimbabwe had not done enough to rejoin the Commonwealth.

“We discussed the Commonwealth and from the beginning the British have been very clear we would like to see Zimbabwe back in the Commonwealth and at the point where economic and political reform programme has been completed and we have seen good progress on that. That will be the time to look at membership,” she said.

“We are currently somewhere far away from that, but we look forward in the future to seeing these reforms under way and for us to be able to discuss the membership.”

Mnangagwa’s government has failed to deliver on promises of reform. The human rights abuses and brutality that was typical of Mugabe’s regime have continued unabated.

In January 2019, Zimbabwe’s army killed 17 people in a brutal crackdown on protests over a fuel hike.

Government opponents and opposition activists have also been beaten up or abducted by Mnangagwa’s security forces, with some activists saying this government is far worse than Mugabe’s.

Newer Post
WATCH | N1 bus crash survivors left with ‘nothing but clothes on their backs’, eager to see loved ones soon
Older Post
What Finance Bill No 3 entails