Zimbabwe, Zambia to be given equal job opportunities in Batoka Gorge hydro-electric scheme 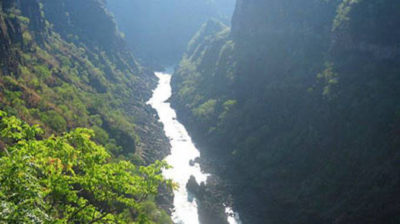 HARARE (Xinhua) — The Zambezi River Authority (ZRA) on Tuesday said that it will give equal job opportunities to citizens of Zimbabwe and Zambia when construction of the 4.5-billion-U.S. dollar Batoka Gorge Hydro-Electric Scheme (BGHES) begins.

The announcement was made following reports that some unscrupulous individuals in Zimbabwe had started “recruiting” personnel for the forthcoming work at a fee.

ZRA chief executive officer Munyaradzi Munodawafa said that during the on-going Environmental and Social Impact Assessment disclosure process for the project, which is expected to conclude on Dec. 11, the authority had learned of the illegal registration of workers.

“The said registration is reportedly taking place in some riparian communities within the project area in Zimbabwe.

“People purporting to be recruitment agents appointed by the authority or the developer are illegally registering and collecting monies from unsuspecting members of the public especially those that are resident in Hwange, Jambezi, and other villages and townships,” he said.

He advised inhabitants of the said riparian communities to be vigilant and guard against such people and report them to law enforcement agencies.

“All employment opportunities, that is, professional, skilled and unskilled will be publicized through the mass media and traditional leadership in the project area when the project construction works approach commencement.

“As a bi-national organization, the authority remains committed to ensuring that the peoples of Zambia and Zimbabwe draw equal social and economic benefits from the development of the BGHES project without exploitation of any citizen, without exhibition of favoritism and without infringement of human rights whatsoever,” he said.

Zimbabwean state media has reported that a consortium of Chinese and U.S. companies had been awarded the tender to build the multi-billion dollars 2,400-megawatt BGHES under a Build, Operate and Transfer funding model.

Power generated from the plant will be shared equally by the two countries.

ZRA is a corporation jointly and equally owned by the governments of Zambia and Zimbabwe and its primary function is to operate and maintain the Kariba Dam on the Zambezi River, and the river’s waters as it flows along the border of the two countries.