Zimbabweans need to seize the moment 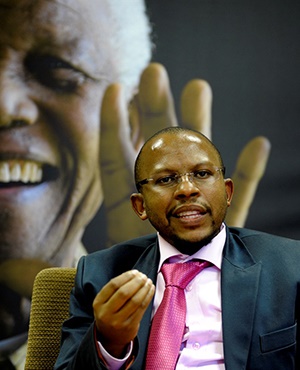 It is with a sense of jubilation and trepidation that I watch unfolding developments in our neighbouring country, Zimbabwe. After four decades of authoritarian rule and centuries of violent settler colonialism, the shoots of freedom are beginning to sprout. This shows us how quickly the unimaginable can become possible when people have had enough.

The events of the past few weeks have enabled me to reflect on the nature of leadership, democracy and history. Just under a decade ago, in 2008, Madiba spoke of “the tragic failure of leadership in our neighbouring Zimbabwe”. This was a painful reminder of how far the country had fallen, in stark contrast to the promise that it had held a decade before.

In 1997, in an address to the Parliament of Zimbabwe, Madiba spoke highly of the country’s leader, saying: “I should indeed take this opportunity to pay tribute to President Robert Mugabe, whose contribution to the political and economic progress in the subcontinent has always been critical: a statesman whose force of example during the years of bitter struggle, whose wise counsel during our difficult negotiations process, whose profound advice as we entered government amidst threats by hostile forces, and whose ideas about the future of southern Africa are highly cherished by our people.”

The two decades between Madiba’s statement in 1997 and the ending of a dictatorship in 2017 have illustrated how heroes can turn into villains, liberators into oppressors and freedom fighters into criminals.

The difficult relationship between Madiba and Mugabe after 1990 is well known. However, as Mugabe continued to entrench his power at the expense of the people and of democracy, any respect that Madiba had for him dwindled rapidly.

Numerous columns have been written about the two leaders, with many comparing the failures of Mugabe with those of Mandela. There is no doubt that Madiba had his flaws and that he made errors of judgement.

But for me, the most obvious difference in their respective leadership track records is that Madiba sought to make democracy stick during his short term in office. This is evident in Mandla Langa’s recent book Dare Not Linger, which draws on Madiba’s memoirs of his presidency and highlights how he explored all means available to him to strengthen the institutions of democracy.

Arguably, despite the many assaults launched on these institutions over the past few years, and associated attempts at a complete capture of the state, our institutions and the many ethical people within them have prevented a more rapid descent. This “buffer” has given South Africans time to resist state capture and to allow some sort of fightback. It remains to be seen how much longer the buffer will hold, given the depth of the rot that has set in.

As a legacy institution, the Nelson Mandela Foundation has sought to push back against not only state capture but also a deeper capture of democracy that has entrenched itself in the political and economic systems of our country and many others.

It is important to note that this broader form of capture demands attention beyond the Guptas, the patronage networks of corrupt politicians, the companies that unduly benefited during apartheid and other usual suspects. It is all-encompassing and, arguably, we are all implicated in one way or another.

Privilege, no matter how small it is, seems always to want to protect itself. And capture seems evident everywhere. Take the rise of lobbying by businesses at the expense of the public interest in the US, for example. Capture is routine even in mature democracies.

For Zimbabwe post Mugabe, the test is not only about fixing what is broken. A new cohort of leadership needs to overturn the long resistance to change. Constitutional changes are necessary to ensure that leaders cannot entrench themselves. Just as important, policymakers need to be open to new ideas in a rapidly changing world.

An incoming president aged 75 should accept that his role is transitory and, like Madiba, should publicly announce that he will serve one term. While Zimbabweans feel united now in a way that they haven’t for many years, they must use this unity to claim the democracy they wanted from Mugabe.

Respect for institutions of democracy should reign supreme. The military might have delivered desirable short-term outcomes this time, but what stops them from intervening politically again? What stops them from pursuing their own interests over those of the people?

A word of caution to a society that begins to dream anew: the yoke of a past not dealt with will weigh that society down. In searching for solutions in the immediate future, one must always consider the past. Zimbabwe’s elite networks, be they political, economic or military, remain entrenched.

South Africa is a case study of how political settlement or change does not guarantee a tabula rasa. The removal of a person, or even a political party, does not signal the end of a system that has taken root over decades. Networks of power and criminality must be understood as a whole and the citizenry must be wary of the distraction of “enmification”.

It is up to the Zimbabwean people to demand that these challenges be met. They must ensure that the frayed fabric of their democracy be repaired and that they secure leadership less like Mugabe and more like Madiba.

Hatang is CEO of the Nelson Mandela Foundation