Zimbabweans yearning to return home, but polls a litmus test

The chairperson of the Zimbabwe Community in SA says many first want concrete proof of a democratic path augmented by respect for human rights and the rule of law. 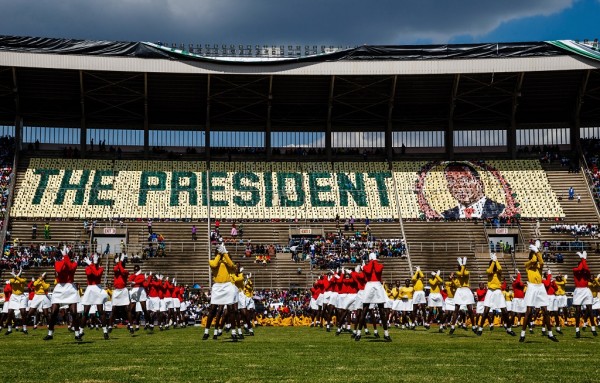 File: Zimbabwe Community in South Africa chairperson, Nicholas Mabhena told ANA that the credibility of the upcoming presidential elections will be a major indicator of the direction the country will take in the post Robert Mugabe era. Photo: Jekesai Njikizana / AFP

JOHANNESBURG – Most Zimbabwean nationals living in South Africa are ready to heed the call by their government to return home and take part in the economic revitalisation efforts, but many first want concrete proof that the country, now under President Emerson Mnangagwa, is on a democratic path augmented by respect for human rights and the rule of law.Zimbabwe Community in South Africa chairperson Nicholas Mabhena told the African News Agency (ANA) in Johannesburg that the credibility of the upcoming presidential elections – which are being contested by a record number of more than 120 candidates – will be a major indicator of the direction the country will take in the post Robert Mugabe era.“Our advice to Zimbabweans based here in South Africa is that first and foremost, we have an election that is coming in July or August. The diaspora must participate in that electoral process, even though we know that Zimbabweans will not cast their vote from South Africa. Those that are registered should go back and vote in Zimbabwe. Secondly, all of us have relatives that are registered, we must encourage them to vote,” Mabhena said on the sidelines of an African Diaspora Forum event commemorating the lives of victims of xenophobic violence in South Africa.“It is difficult to say go back to Zimbabwe, the situation has improved, when recently we had nurses who were on strike and they were dismissed by the government. We have teachers who are still trying to go on strike. This is why we think once we have an election and there is a national economic dialogue where we talk among ourselves as Zimbabweans at home and in the diaspora about how we rebuild our economy, Zimbabweans will certainly go back to Zimbabwe.”

Overly-ambitious Zimbabwean presidential aspirant Tinashe Jonas, leader of Ideal Zimbabwe, scolded the ongoing campaigns by the Zimbabwean government to have its citizens based in South Africa return home.

“We are already being disenfranchised by not participating in the upcoming military-run and Zanu PF-stolen elections. They are just looting, nothing [for] business or for improving [Zimbabwe]. I am ready to lead a revolution now, driving these devils into the gates of hell, peacefully or even with full-scale war,” Jonas said.

Jonas recently declared himself “president of Zimbabwe” at an event covered by the public broadcaster and other media in Harare.

He has even held an “inauguration” ceremony.

Last month, Zimbabwean Consul General in South Africa Henry Mukonoweshuro said the new dispensation ushered in by the removal of Mugabe had presented unlimited economic opportunities for the millions of Zimbabweans who had migrated to other countries and were now exploring relocating or investing in their motherland.

“There is a lot of uptake by our own ‘diasporans’, business uptake that is. We are having a lot of guys in various fields travelling back to Zimbabwe as they try enquiring on what prospects they can invest in. We are having them [Zimbabweans] partnering with South Africans and other people in the diaspora, and they are taking them across the [Limpopo] River,” Mukonoweshuro told ANA.

“We are very happy. I think we are inundated at the embassy in Pretoria, at the consulates in Johannesburg and Cape Town. There are a lot of inquiries that are coming around. We are happy with that influx of investors and enquiries.”

He appealed to the multitudes of Zimbabweans based in South Africa to play an active role in the rejuvenation of their nation, which experienced record high levels of inflation, a massive brain drain, and food scarcity under Mugabe’s rule.