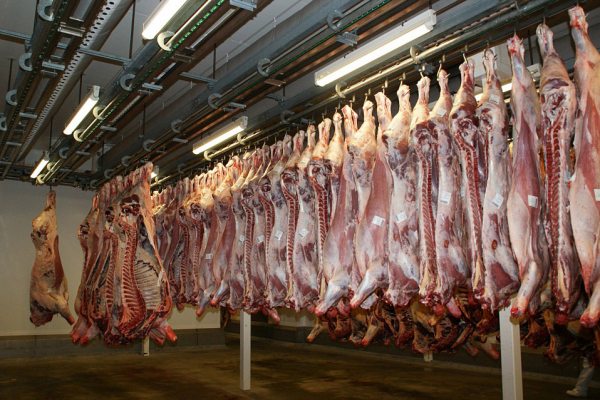 ZIMBABWE’S abattoirs are struggling to secure slaughter stock, as farmers have turned to livestock to store value and hedge against inflation, according to a report by the Livestock and Meat Advisory Council (Lmac).

The country’s annual inflation slowed to 56% in July, the first time the figure fell below triple digit levels in two years, but remained one of Africa’s highest rates.

Lmac said in addition to hedging against inflation, communal farmers were holding on to their stock as pastures have been rich this year, following a good rainfall season.

“Field reports from members of the Zimbabwe Association of Abattoirs confirmed increasing difficulties in securing slaughter stock from the communal areas,” Lmac said in its first quarter report on Friday.

“Procurement costs have also risen, partly because of declining availability as farmers are under less selling pressure due to improved harvests and a shift in currency preferences to protect incomes values against any potential unexpected inflation and macroeconomic instability.”

Lmac’s data showed cumulative slaughters at 68 225 during the period, which was 2% below the last quarter of 2020.

The report said apart from low throughput from farmers, abattoirs had not escaped the effects of hard lockdowns implemented since April 2020 to contain the spread of Covid-19.

“Abattoirs continue to report increasing uncertainty in the business environment driven by Covid related restrictions, currency uncertainty, increased levies and taxes and the outbreaks of diseases like FMD (foot-and-mouth disease) and theileriosis being the major headwinds.

Business conditions are expected to remain vulnerable to macroeconomic and policy shocks for the rest of 2021,” said Lmac.

It said the lowest slaughter figure recorded was in January.

However, slaughters have since increased.

“The relatively high slaughters mask the difficulties that characterise the environment within which participants must operate where policies and laws can lack uniformity in application making business forecasting a haphazard affair,” the report noted.

The council said national distribution of carcass weights were falling, from 120kg to 271kg during the first quarter of 2020 to 165kg to 226kg during the review period.

It said the national weighted average carcass was between 184kg and 198kg.

During the corresponding period 2020, super and economy grades increased at higher rates.

The report said meat producer prices in United States dollars reflected some level of stabilisation during the period.

The month-on-month trajectory of wholesale prices in the first quarter revealed a general upward trajectory even as the number of slaughtered cattle increased.

“This may point to an increase in demand when considered in conjunction with the increase in aggregate slaughters,” said Lmac.