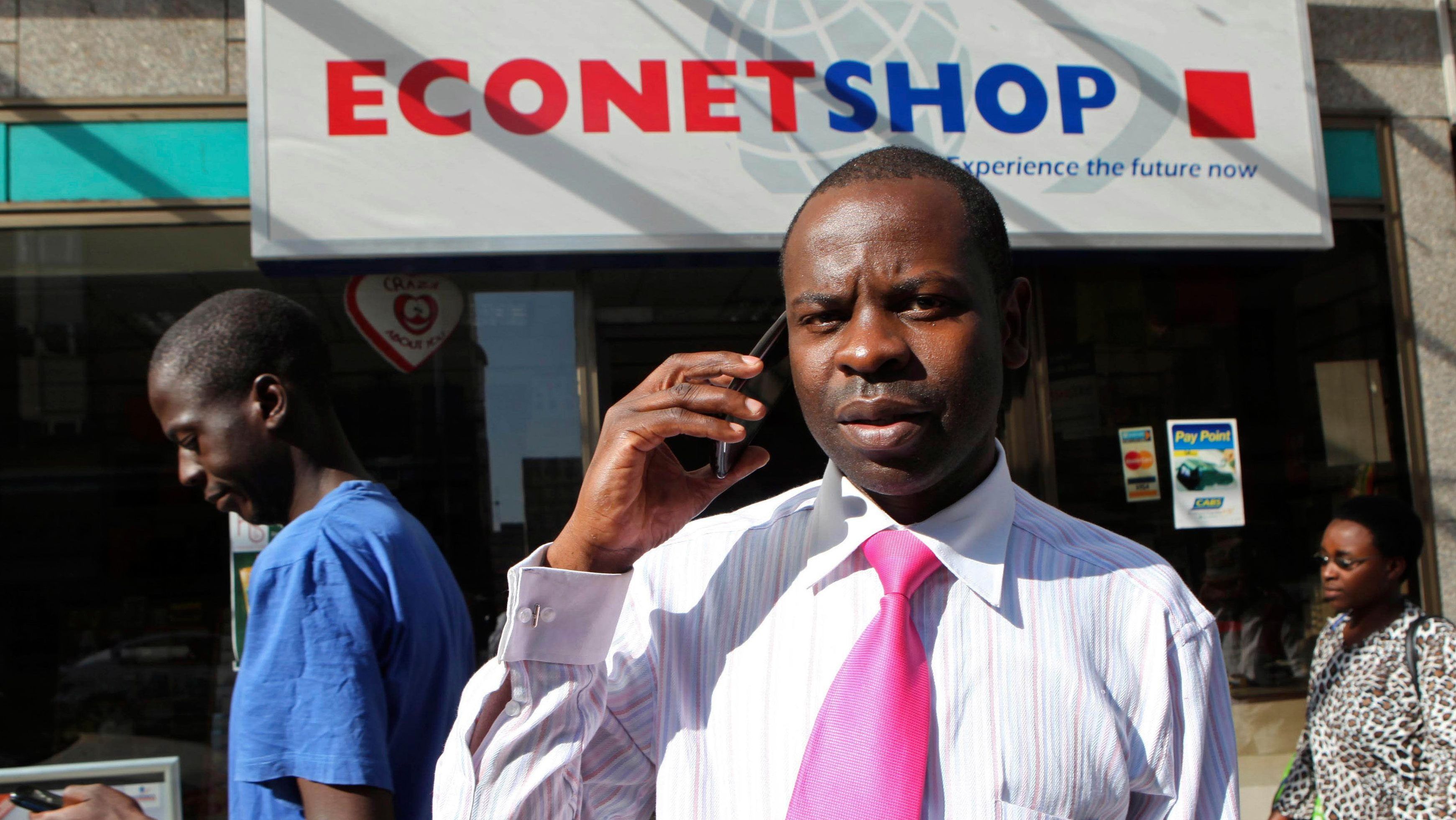 Although mobile money has become the leading transaction platform in Zimbabwe, its weaknesses came into focus this week after the dominant EcoCash network in Zimbabwe went down for two days, and left many consumer businesses floundering in an already difficult economy.

EcoCash, which competes against smaller platforms run by state controlled telcos NetOne and Telecel Zimbabwe, has more than eight million registered users in Zimbabwe and allows for remittances from expat Zimbabweans in South Africa and Botswana.

But in the past few days, the EcoCash platform experienced glitches, which Econet blamed on “scheduled maintenance” of the system that powers the platform, with just about all of the service options under EcoCash down, heavily impacting business transactions in Zimbabwe and adding to the country’s ongoing forex and economic difficulties.

Shoppers had been stranded in supermarkets and other stores for over two days, but the situation has since improved. Econet has been at pains to explain the glitch was caused by a scheduled system upgrade and that it is now back up running. But frustrations have been running high, with social media platforms such as Facebook and Twitter largely giving a window into the raging angst against Econet.

Some of the groceries abandoned in Pick n Pay (CBD) in the past hour due to problems with Ecocash. Given the market dominance by Ecocash and the lack of cash in the country, today Zimbabwe was CLOSED for business ? pic.twitter.com/iF7L3hv5Qu

As much as $23 billion has been transacted through EcoCash in the past six years, say officials, making it a significant revenue stream for billionaire Strive Masiyiwa’s Econet Wireless which runs it. Like Kenya’s better known M-Pesa, Zimbabwe’s EcoCash allows for payments and transactions ranging from bill payments, merchant payments and micro insurance to banking services under an interlinked platform with most of the country’s financial service companies.

The Reserve Bank of Zimbabwe also says digital payment means, led by mobile money, accounted for over 90% of the $97.5 billion in total value transactions for Zimbabwe in 2017. Of one billion financial transactions processed last year, more than three quarters, at 754 million payments, went over mobile platforms. In terms of value, mobile money platforms handled as much as $18 billion, significantly up from $5.8 billion in 2016.

The disruption of such a dominant financial platform has raised serious questions in Zimbabwe about about the inherent vulnerabilities of mobile money, especially given the dominance of one mobile wallet over others. Like with big digital platforms such as social media or content providers, a so-called “network effect” tends to give the leading mobile money provider additional advantages and efficiencies over rivals, making them only stronger. This has been seen with the success of Safaricom’s M-Pesa mobile money platform in Kenya where it has over 80% market share.

Much of the Zimbabwe debate online and elsewhere has been about a real risk of loss of money in the event of a big platform crashing. Zimbabwe’s long troubled history with currency and hyperinflation has made the average citizen more sensitive to any suspected existential threat to the country’s financial system. Some people have even suggested bitcoin as a solution to the risks though Zimbabwe has all but crippled crypto transactions by banning banks from processing virtual currency payments.

Aside from Zimbabwe’s own challenges, there has been a big push by African governments, development consultants and various NGOs and investors, to encourage the take up of mobile money services as a way to help expand financial inclusion in countries with too few people have formal bank accounts. The hope is that as mobile phone penetration continues to rise in most African countries more people will use mobile money for convenience and lower transaction costs.

Zimbabwe’s economy remains in the doldrums, with banks no longer allowed to give US dollars to individuals who receive forex in their accounts. There has also been talk, which the central bank has dismissed, that president Emerson Mnangagwa’s administration plans to bring back the Zimbabwe dollar before elections on July 30. But the EcoCash glitches have been real and the impact large.